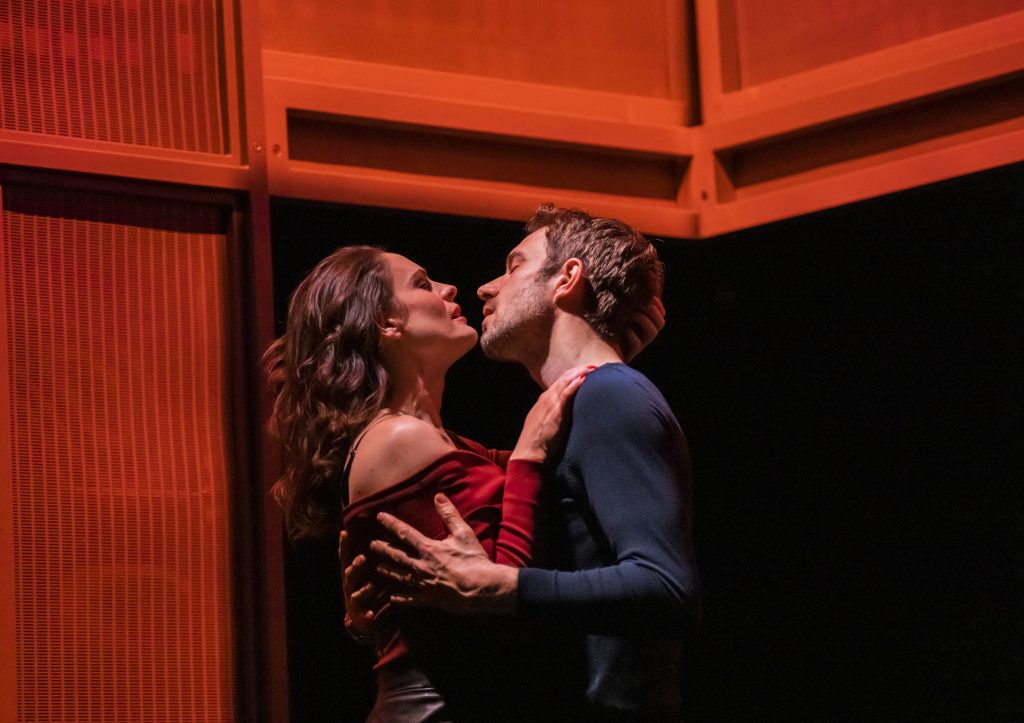 When Fatal Attraction opened in 1987 it soon became the film everyone was talking about.  The psychological thriller terrified cinema audiences earned multiple Oscar nominations, and took more than $320 million at the box office.  Its exploration of sexual attraction, infidelity, and obsession inspired many films such as Basic Instinct and Sliver.  Released at a time when society lived in fear of promiscuity and AIDS, audiences loved to hate the sexually confident, vengeful, ‘other’ woman played so effectively by Glenn Close.

Now, more than three decades later, Fatal Attraction is on stage for the first time.  Adapted by James Dearden, who wrote the original Oscar-nominated screenplay, the stage production stays largely true to the original.  As Dearden comments, ‘the theme of the Temptress has resonated through the ages’, and even though society’s views are different now, the premise is still just as gripping.

The play tells the story of married man, Dan Gallagher, who has everything, a happy family, a good job, and a nice home.  However, while his wife is away for the weekend, he has a fling with businesswoman, Alex Forrest.  It soon transpires that all is not well and when he tries to end the affair, her behaviour becomes increasingly threatening and disturbing, spiralling down into a fatal dénouement.

The acting overall is strong, although, at times, is let down by the New York accents that don’t seem to come naturally.  Louise Redknapp plays the role of Beth Gallagher, the loving wife who has sacrificed her career to be a stay-at-home mum.  Dan is played by Coronation Street’s Oliver Farnworth.  From the outset, they create a strong dynamic of a normal, happily-ish married couple.  Farnworth is convincing as the weak, flawed Dan, who initially cares more about being found out than regretting his infidelity.  Susie Amy as Alex Forrest is at her best when her character is confident and manipulative.  Her rapid descent into mental illness and self-harm makes for uncomfortable and shocking viewing.  John Macaulay is excellent as Jimmy; Dan’s friend and colleague, giving a totally believable portrayal of a laddish man who subtly encourages Dan to give in to temptation.  His role also raises questions about how men view and treat women.

Morgan Large’s set is simple but very effective. The high, white walls combined with the projections of phone calls help to create the claustrophobic fear that Dan experiences when Alex starts to stalk him.  Figures partially hidden behind screens create the idea that Dan and Beth are constantly being watched.  Projections create the multiple locations needed in this fast-moving play and the characters transition seamlessly between a Manhattan skyline, the trendy Snake Bar, and the much-needed escape of the countryside.  Colour is also used to resonate with the characters’ passion, heat, and the cold light of regret.

The use of music and sound in the play is very effective, causing several jump scares. The pounding heartbeat that begins the moment Dan makes his fateful choice is excellent.  Music from Madame Butterfly also features in the play, foreshadowing Alex’s fate.

This play provides a thought-provoking study of betrayal, obsession, and revenge.  Who is to blame and who is the victim? The audience is left with the unsettling thought that a split-second decision can change a life forever.