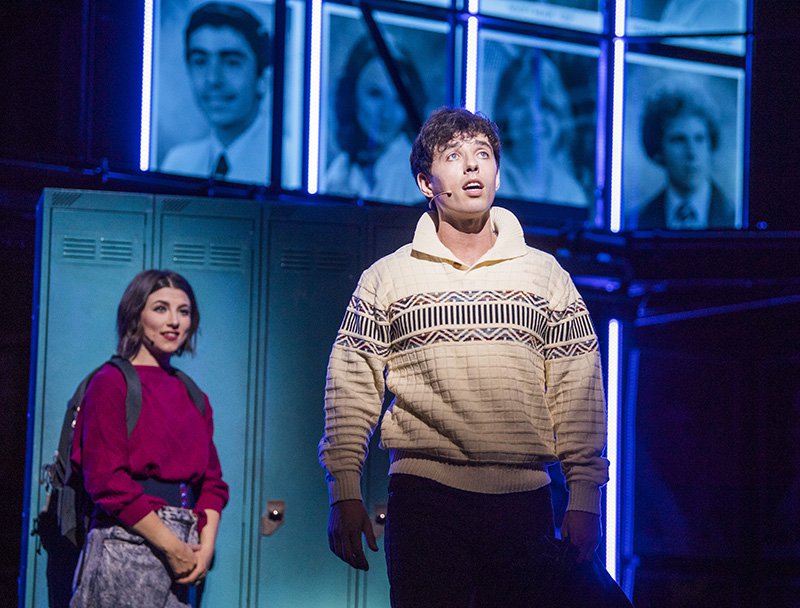 Fame is the beating heart of a generation of musical theatre lovers and has jazz hands-ed its way into Wolverhampton Grand Theatre thanks to Selladoor Worldwide. Next year marks the 40th anniversary of the original high school musical favourite that captured so many people, and it’s been over 30 years since the musical hit the stage.

Conceived by David De Silva (writer of the musical’s namesake), with book by José Fernandez, Fame follows the students of New York High School of Performing Arts, and the highs and lows faced whilst trying to achieve their dream – stardom. It’s gritty and its real life: this is what theatre-goers crave.

While the songs are not all earworms, it’s impossible to walk away without humming the titular song and reenacting Nick Winston’s choreography, which is perhaps the greatest on the UK touring circuit at present. It’s fresh, ambitious and backed up by a cast of true professionals. It’s to die for.

The high-energy opening number ‘Pray/Hard Work’ is a toe-tapper and sets the scene for what is sure to be a two-hour rollercoaster of highs and lows for the young performers. Some of the cast were obviously older than the 14-18-year old’s they were portraying which does impact the appeal.

Keith Jack, as Nick Piazza provides beautiful vocals, both as a solo and alongside love interest Serena (Molly McGuire). During the ‘Let’s Play A Love Scene Reprise, their playful on-stage partnership warms the heart, and is a beautiful display of chemistry between the two.

Jorgie Porter, best known for her role in Hollyoaks, plays Iris. Iris is an ambitious dancer and Porter’s dance skills are far above expectation. Soap stars shoe-horned into musicals are not always known for having the most fine-tuned dance moves, but the Hollyoaks cast seem to be the exception in touring theatre. Her duets with Jamal Kane Crawford’s Tyrone are visually stunning and perfectly timed.

Stephanie Rojas is the stand out of the production. She is quite simply dictionary definition of a triple threat, with killer dance moves and a pitch perfect belt to boot. Being tasked with singing ‘Fame’ in the musical is no mean feat, and she smashes it out of the park to rapturous applause. Rojas is world class. Her portrayal of Carmen is an acting masterclass and is further complimented by supported by Simon Anthony as Schlomo. With Anthony showcasing smooth vocals and slick dance moves he is another of the show’s triple threats. It’s almost a shame the audience aren’t treated to a version of ‘Out Here On My Own’, and instead must lap-up every last second of ‘In LA’, which perhaps isn’t as memorable, albeit still as poignant.

Josie Benson replaces original cast member Mica Paris as Miss Sherman, with a standing ovation-worthy rendition of ‘These Are My Children’. Her killer vocals bring a tear to the eye of even the strongest individual.

Sadly, the show’s themes and lyrics feel very dated. Some of the characters are poorly put together, but this is due to the writing rather than being down to the talented cast. Fortunately for this version, Nick Winston has brought the production value of Fame into the 21st century. The harmonies are cleverly put together and the performance piece feels slick. The use of instruments on stage gives Fame a real-life setting, rather than a staged musical.

Morgan Large’s simple set design is perfect for the piece. Everything moves as a finely-tuned machine in order for quick clearance to increase the space for dance. To compliment the staging, the scene is set by Prema Metha’s atmospheric light design. It’s subtle yet highlights the stark contrast between scenes.

There are few gimmicks in this production allowing the focuses to be on the talented cast themselves. Fame quickly shows the rise and fall of young talent, although it’s easy to imagine the talent in this show continuing to rise for years to come.