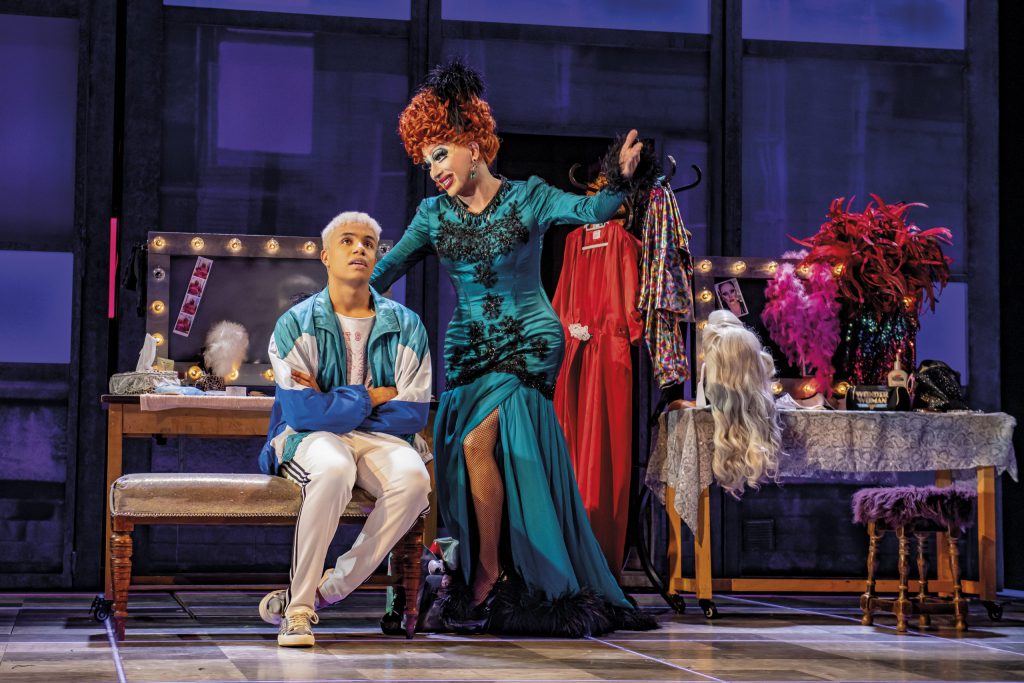 After exploding onto London’s West End towards the end of 2017, the smash-hit musical for today, Everybody’s Talking About Jamie hosted a Gala Night performance this week to celebrate their annual major cast change and the new class of 2020. Driven by the creative dream team of lead singer-songwriter of The Feeling, Dan Gillespie Sells, and book and lyrics by writer Tom MacRae, this beautiful, feel-good coming of age musical has enjoyed huge success as it continues to wow insatiable audiences and even the most hardened critics.

Jamie is a true story based on the 2011 documentary Jamie: Drag Queen at 16 which charted the struggles of Jamie Campbell, a teenager living in a small mining village in County Durham, who was determined to wear a dress to his school prom. Enamoured with the documentary, Director and Co-Writer of the show Jonathan Butterell knew immediately that he wanted to turn Jamie’s story into a musical.

With the core creative team of Gillespie Sells, Macrae and Butterell they set about creating the show we know today. With the show’s setting changed to working-class Sheffield, the character of Jamie retained the core attributes of his original inspiration but also became a hybrid of the three creatives who shared similar backgrounds. After a successful run at Sheffield’s Crucible Theatre, the show made a triumphant West End debut in 2017, picking up awards aplenty, as it cemented itself as one of the freshest, most honest modern musicals of the day.

To describe the synopsis of the show as simplistically as above does it a huge disservice. Jamie is a musical about striving for acceptance in the face of the most extreme adversity. It’s about how challenging finding your true path can be when faced with the most horrifying narrow-mindedness and bigotry.

The show doesn’t shy away from exploring some serious themes including bullying, racism, abandonment, homophobia, and transphobia to name a few. However, what is incredibly special about this show is how sensitively and, surprisingly comically the content is delivered. Jamie is incredibly and brutally funny at times. These serious themes are handled with a raw and honest level of humour and reality that at one moment kicks you in the gut and has you howling with laughter the next.

With many cast refreshes over the course of its London residency, each visit brings a new feel and a different energy to piece. Layton Williams has recently passed the role of Jamie New over to third-year Mountview Academy student Noah Thomas who wastes no time in showcasing why he was cast. Thomas has a magnetic stage presence, sublime comic timing and is stunningly charismatic. He completely makes Jamie his own, delivering an iconic and nigh on flawless performance.

Melissa Jacques continues in the role of Margaret New, Jamie’s brilliantly supportive, resilient and stoic mother. Jacques delivers an astonishingly emotional performance, particularly in the second act with her note-perfect delivery of the highly charged ballad He’s My Boy. Sejal Keshwala plays off Jacques’ Margaret as the ballsy and gobby Ray who provides many of the light-hearted moments of the show. Again, her comic timing is on point and Keshwala is also given the opportunity to flex her enviable vocal chords in the upbeat and catchy number Limited Edition Prom Night Special.

RuPaul’s Drag Race Season Six winner Bianca Del Rio / Roy Haylock returns for a second stint as the former drag queen turned dress shop owner Loco Chanelle / Hugo. It’s quite clear why Bianca is such a legend in the world of drag. Her performance is perfection as she lights up the stage as she injects her trademark razor-sharp wit and sass into her performance.

Indeed, the new Jamie cast is so strong that this could almost be a review praising each and every one of their wonderful attributes. The wider ensemble is a joy as are the three fabulous drag queens, Sandra Bollock, Tray Sophisticay and Laika Virgin portrayed by Leon Craig, James Gillan and David O’Reilly respectively.

However, the class of 2020s most inspired casting is Hiba Elchikhe as Jamie’s best friend Pritti. Elchikhe has recently been gained huge plaudits from her performances in the hugely popular productions of Brooklyn The Musical and Fiver and it really was only a matter of time before she made her West End debut. Elchikhe delivers a slick, polished and incredibly nuanced performance as the bookish Pritti who must battle her own fair share of bigotry and bullying, mainly at the hands of school bully Dean Paxton, played wonderfully by Jordan Ricketts. Her stand out moment comes in the delivery of her beautiful and emotive solo It Means Beautiful, where she gets the chance to demonstrate her beautiful vocal placement. Watch this space because Elchikhe has a huge career ahead of her.

The Jamie casting directors should be congratulated as the incredibly strong cast deliver Kate Prince’s choreography as if they have been doing it for years. There is a palpable energy in the room that spans the entire cast, audience and wonderful band, led by Musical Director Richard Weeden.

Jamie is about to embark on a UK tour while the London production has now established itself as a mainstay of the West End. Jamie is and continues to be a refreshing and modern exploration of the human condition and how difficult it is to navigate, understand and accept one’s own identity, particularly when your environment challenges that acceptance at every turn. An inspiring, life-affirming and absolutely stonking piece of theatre.