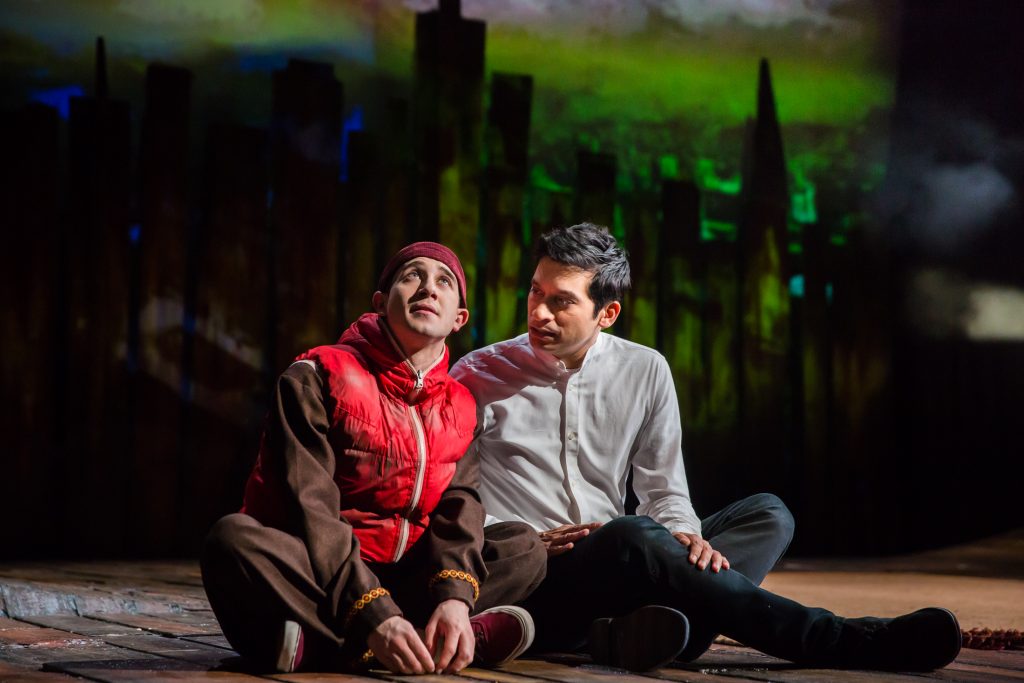 A harrowing story with twists and turns at every point, The Kite Runner is a gripping and mesmerising emotional journey. Currently on its UK tour following a previous West End run, The Kite Runner is based on the sensational best-selling novel by Khaled Hosseini. The story is incredible; starting with an inseparable pair and a friendship like no other when a shattering event changes everything for good. The show then takes the audience on a journey following one man’s search to confront his past, try and put things right and find redemption.

The show is delivered through a mixture of narration from Amir, excellently portrayed by David Ahmad, and flashbacks. From the moment the show starts, the cast hit the ground running. From the first scene to the final curtain call, the high emotion, palpable tension, and incredible plot depth ensures the show never becomes predictable, retaining a gripping pace for the entirety of the performance.

With direction by Giles Croft, the heavy scenes of a sensitive nature are handled respectfully while still allowing the rawness and importance of the messages to be translated. The line is never crossed which ensures that the piece doesn’t descend into uncomfortable viewing, yet the messages are abundantly clear.

An example of this is a significant turning point in the show when the action on stage builds, then stops and the remainder of the scene is told via Amir’s narration; a direction choice which cannot be understated. Scenes such as these may be uncomfortable to watch, however, it is clear that a deliberate and conscious directorial decision has been made. What this does is cleverly force us to confront the struggles and realities of the characters. The deliberate placement of feeling discomfort does a powerful job of building tension and heightening emotions.

David Ahmad leads the show as Amir and does an incredible job of maintaining what seems to be a demanding role. Rarely off-stage, Amir is a character who is as human as can be. He has flaws, make mistakes, and Ahmad displays a character who is battling themselves as they are aware of this and then try to make up for the mistakes they have made and put things right. The transition from playing a young child in flashbacks, growing up, contrasts beautifully with a grown man narrating the story, something which must be an acting challenge. It’s also delivered clearly ensuring there is never any confusion.

The chemistry Ahmad has with all his on-stage counterparts feel believable and genuine, however, the chemistry between him and Andrei Costin, who plays Hassan, his best friend, is unlike anything else on stage. The two actors together can depict a relationship that transitions from two best friends so close they might as well be brothers, to almost strangers. With the characters being so well-developed, when the relationship shifts, it is hard not to feel the emotional impact.

There is a real feel of authenticity to the show; this is largely thanks to the music, as directed by Jonathon Girling; complementing scenes where needed but never overshadowing the cast, the music features a live table player, Hanif Khan and live percussion, including Tibetan singing bowls. Whilst a minor added detail, it is the nuances such as these that help to truly create another world within the theatre.

The Kite Runner is truly a play unlike any other. Demonstrating the true power theatre has and how theatre as a medium can be a phenomenal way of telling incredible stories, this is a breathtaking show in every sense. Matched with a profound and unforgettable story, this is not one to miss.