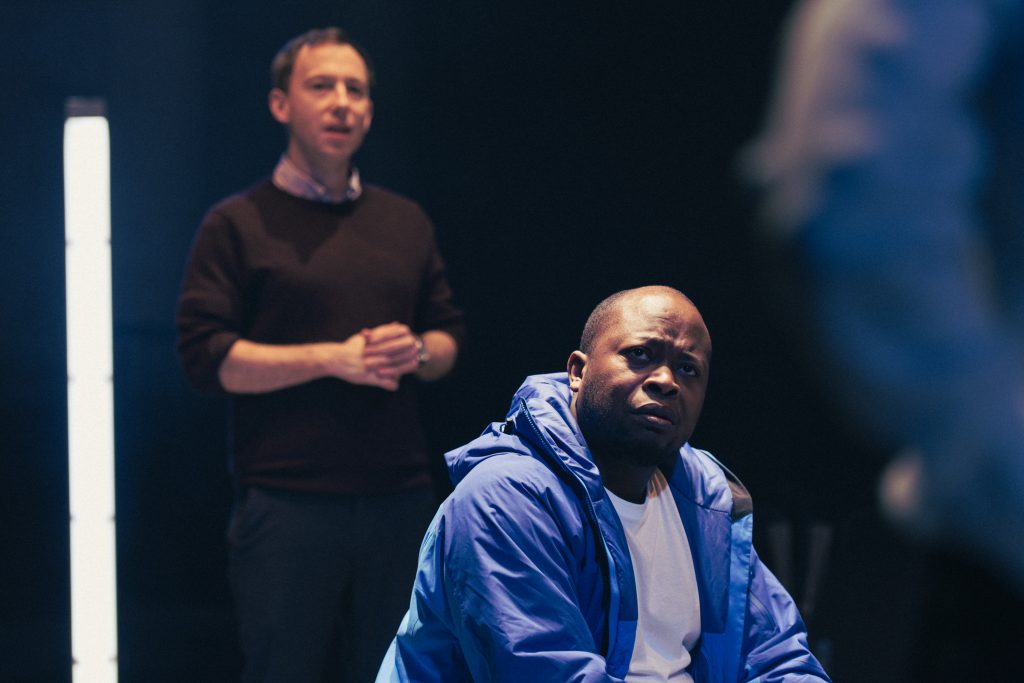 In a time when the topic of refugees and asylum seekers is highly prevalent, Tim Cowbury uses theatre as a medium to openly and honestly present a provocative topic in the form of his newest play, The Claim.

Following a run at the 2019 Edinburgh Festival, the show is currently making its London debut. The highly emotive subject of migration has taken on in a different interpretation in this production. Comedy has been woven into the script to tell what remains a harrowing story. The play revolves around Serge, a man who has recently arrived in the UK. Throughout the play, Serge’s past and the journey that led him to this country is explored, and that, despite Serge coming to the UK for peace and a place to make his home, there are still difficulties, as his asylum interview (around which the play revolves) demonstrates.

The comedy is surprisingly, well-balanced and works well with the more serious themes. There is no mockery, with the humour serving to make the content less overwhelming and easier to digest. In addition to the comedic elements within the script, there is also running themes and metaphors, including delving into people’s true intentions, as well as playing with the difference between listening to hear what someone has to say, or rather just listening ready to respond. This theme is illustrated at one moment were all three characters speak over each other. Similarly, a running issue within the plot is that of Serge – the man wishing to stay in the UK – saying one thing and having it interpreted and answered entirely differently.

As the show runs on there is a messy and confusing feel to the structure – it feels like the show starts in the middle. We meet Serge, portrayed brilliantly by Tonderai Munyevu who has been able to find the perfect way of showing a man who is vulnerable and still adapting to life in the UK, yet still has an open heart. Nick Blakeley and Indra Ové play the two people helping him, although their roles are never fully defined, instead, it is left to audience assumption or interpretation.

The confusing structure combined with the lack of definition and motives of the two roles may be a deliberate direction choice by Mark Maughan. It certainly serves to mirror the confusion that Serge is surely feeling during his questioning. However, this is never made clear, so the narrative does suffer as a result.

The staging of the piece is of particular interest. The show was presented in the round, with dialogue sometimes being directed directly at the audience. At times this led to a somewhat awkward atmosphere, which, as a consequence of the theme of the show, felt very effective. The lighting also was cleverly designed by Joshua Pharo.

During a scene when Serge’s questioning becomes more intense, so does the lighting – including having lighting pillars being brought closer inwards to the action. This simple technical aspect and staging seemed to imply that audience members were exactly that; spectators of a situation they could change, but do not. It is unclear whether this is a deliberate staging decision, however, it adds a stronger sense of emotion to the play.

In tackling a hard-hitting social challenge unconventionally, the team behind The Claim has clearly shown how theatre can be used to tell true stories and speak out against such issues. By stripping back to a simplistic set and only using three actors, the piece is a wonderful representation of the power words can have. Leaving a great deal of the plot down to interpretation works to an extent, and when certain scenes and details are finessed and made clearer, this play could be something truly special.