REVIEW: Once UK Tour – incredibly talented musicians save what could be a confusing & unfamiliar format for some 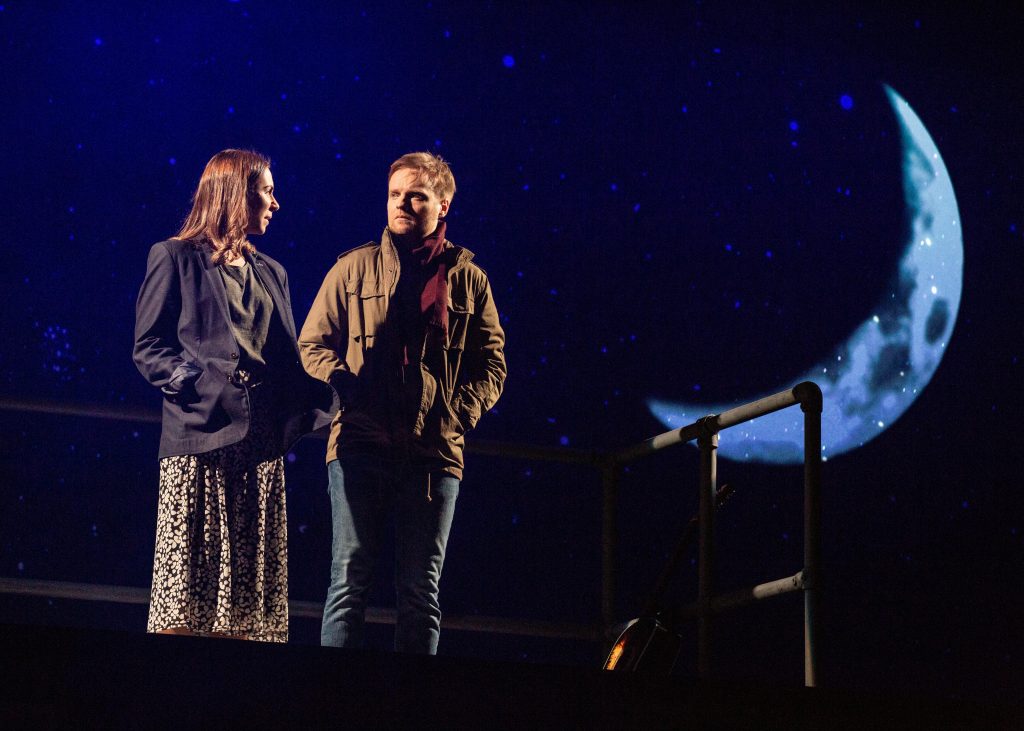 Adapted from the 2007 film written and directed by John Carney, Once was penned by playwright Enda Walsh in 2009 and was first performed off-Broadway in 2011, transferred to Broadway in 2012 and made its West End debut in 2013. Numerous tours in the US and worldwide followed, including Australia and Korea, and late last year it began its first-ever UK tour.

The premise of boy meets girl and falls in love is a straight forward one, and Once certainly runs to this storyline. With the addition of “boy trying to make it big as a musician”, the simplistic story is very familiar. The setup though is a bit different from the standard theatre, with the performers never actually leaving the stage. Those not involved in a scene are sat at the side of the stage (though still fully visible) and help illustrate the story with musical involvement and small but very noticeable emotional and physical reactions to what is happening in the main narrative. This does work occasionally, but perhaps is overly used and can be a bit distracting from the focal action. The story is actually quite sparse and seems to rely on the audience filling in a few blanks which some may find frustrating, although this could be the charm of the piece for others. It is certainly a show that will divide opinions.

Something that cannot be doubted though, is that musically it is a masterpiece. It is impossible to single out or overly mention a sole cast member as they all have such stunning vocals and deliver them superbly. Nearly all the cast play multiple instruments and this too is outstanding – the ensemble is a true spectacle both aurally and visually. We were also treated to a “pre-show”, prior to the main performance. The majority of the cast members all took to the stage to play, sing and dance as if at a small, intimate musical festival. This was an excellent way of getting the audience going and presumably a good warm-up for the performers too!

Sadly musical theatre fans may find this out of their comfort zone. Although it is indeed a piece of theatre interlaced with songs that seem to depict the emotions of the characters, it is not traditional in the sense that the songs and more specifically the lyrics themselves help to tell the story. This ends up being a little jarring, a few of the songs feel a bit samey and, while all beautifully performed, it doesn’t really come across as much more than a singer playing songs because that’s what he does.

There were also numerous issues with the sound during this performance. Understandably on opening night there will be a few slight hiccups and there will inevitably be some small technical glitches early on in a show while it adapts to a new venue, however for an entire performance to have problems with timing of cues and volumes being erratic is very disappointing.

There is no denying the ability of those on stage. It is hard to know where to look as every single performer is continually giving it their all and producing stunning music and vocals, but as an overall piece the story does lack a little at times and the non-narrative nature of the songs means they often don’t feel integral or well-placed. Once certainly divides opinions. For fans of Irish folk music and the film, it is a must-see, for true musical theatre fans, not one to rush to.