REVIEW: MUSIK – deserves nothing less than a five-star review. Jonathan Harvey, Pet Shop Boys & Frances Barber are a ‘tour de force’ & this piece of theatrical art should not be missed 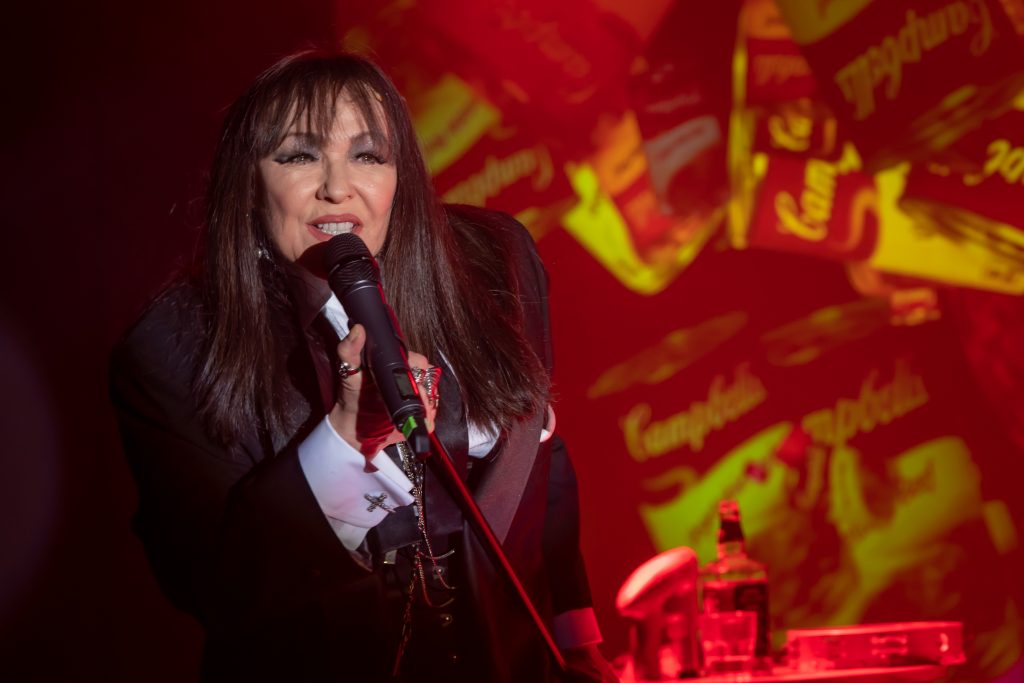 MUSIK is the sensational sequel to the 2001 Pet Shop Boys/Jonathan Harvey, West End musical Closer to Heaven. It tells the (sadly) fictitious story of rock icon Billie Trix; an absolute work of art in her own right, who was born in war-torn Berlin, 1945. She possesses the most wonderfully beguiling, camp, German chutzpah and we’re given a very welcomed invitation into the trials and tribulations of a woman who has led quite the eventful and colourful life.

She has been so cruelly denied fame that really is rightfully hers, meeting many a “celeb” on the way. With topical stories of her encounters with the likes of Andy Warhol and a cheesy pizza boy who was a soon-to-be, world-renowned personality, there are many unexpected twists and turns that comically keep us on our toes.

Reprising her role as Billie nearly 20 years after gracing us with her talents in Closer to Heaven, Frances Barber could not be better cast in this one act, one woman spectacular. Needing no help of a supporting cast to own and carry the script and character, she effortlessly brings Billie Trix to life. Treasuring and living her every word, her beautifully chaotic, eventful and oh-so-fabulous story is non-stop hilarity and enjoyment. Billie (who could very well be Joan Collins’ sister from another mister) deserves her own TV show. After the Watershed…

With Barber’s fabulously raspy and soulful voice (giving Bonnie Tyler a run for her money), a song about Andy Warhol and soup which has, quite frankly, been robbed of a number one spot, the Pet Shop Boys anthem that is Ich Bin Musik, a wondrous glitter ball to ‘zhuzh’ up the atmosphere and a David Bowie-esque musical treat (Friendly Fire), this production is a delicious Pet Shop Boys feast. Paired with the genius of Harvey’s writing that is, comedically, instantly recognisable, MUSIK is a sensational piece of art. Billie Trix is art. Sie ist art.

Renowned for his quick wit and side-splitting one-liners, this really is yet another corker from Harvey. Famed for his ability to evoke a vast emotional spectrum from his writing and for his unmatchable ability in making an audience roar with laughter, he certainly hasn’t let us down.

With some absolute bangers from Pet Shop Boys (would we expect anything less?!) alongside such an enrapturing and truly bonzer script, MUSIK deserves nothing less than a five-star review. Jonathan Harvey, Pet Shop Boys, and Frances Barber are a ‘tour de force’ and this piece of theatrical art should not be missed.