REVIEW: Mimma – A musical of war & friendship – extremely memorable, for all the wrong reasons 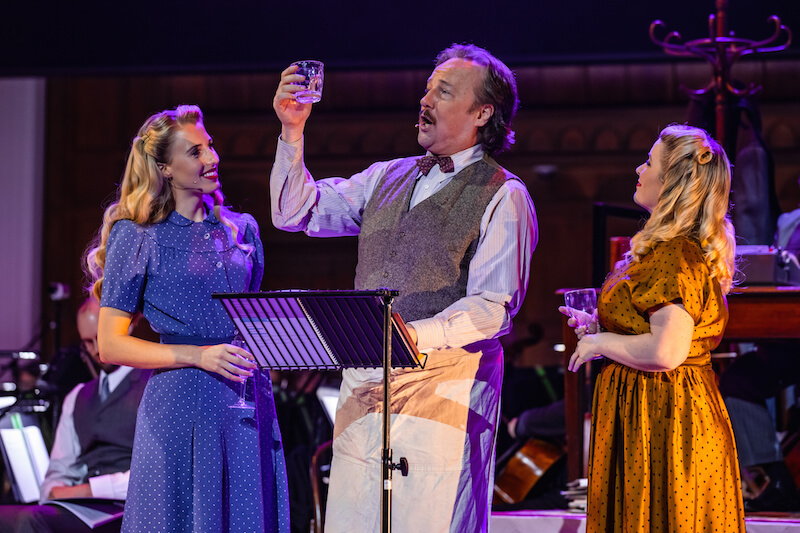 Mimma: A musical of war and friendship, without featuring much war, or friendship.

Advertised as a ‘charity gala concert’ it was inferred that the focus would be on vocals, and not necessarily costuming, staging, or dancing. However, at times this performance felt much more like a dance recital than a concert, with over-the-top tap numbers that dragged on longer than necessary, not unlike the show itself.

Flitting between bases in Turin, Italy, and London, England, it made complete sense to have Italian accents featured throughout, but the accents were so thick it was hard to understand. At some points, it was hard to decipher whether the performers were speaking with an Italian accent, or actually in Italian.

For almost twenty minutes solid, performers sang and spoke in Italian, without a translation in sight. Normally, if a show has any speech or lyrics in another language, there will be a translation given so that the audience can still follow the storyline, not here though.

At times, this musical concert was much more of an Opera than anything else. Whilst singers Elena Xanthoudakis and Ashley Riches are absolutely phenomenal operatic vocalists, their talents were wasted by the fact the audience had no idea to figure out a word they were saying. It was clear in the emotion in their vocals that both were singing about something important, but alas, what they were singing about is a mystery.

It needs to be said that almost every performer on stage gave it their all and performed very well considering the source material they were given. It’s not their fault that the storyline had the power of a child’s train set.

Even John Owen-Jones looked like he was asleep onstage towards the end of the show.

Speaking of the storyline, even without the large Italian scenes, it was extremely hard to follow.

In the programme it says:

“The shadow of Fascism spreads across Italy as Mimma, a young journalism from Turin, takes refuge ar her Uncle Lorenzeo’s nighclub in Soho, London”

However, it was not until the end of act one that it was even mentioned that Mimma was a journalist. Then again, in the full two-hour performance, it was never decided on how her name was even pronounced. Actors constantly switched between Mee-muh and Mim-mah in what is an odd artistic choice – if on purpose.

If you don’t have a vast knowledge of World War II including Mussolini, Hitler, and British internment camps, it is unlikely that you will be able to follow the storyline at all points. Perhaps, if you’re fluent in Italian you might have a better chance.

In a night littered with technical difficulties, the saving grace had to be the stunning BBC Concert Orchestra conducted by Bramwell Tovey. Even in the indecipherable scenes, the orchestra held it together and helped to portray the mood of the storyline and aid with the emotion and anticipation – even if the anticipation was always anticlimactic.

Scattered throughout the night were proclamations of newspaper headlines, presumably being used to give context to the time period, but they were often rushed, cluttered, or completely incoherent. That’s if their mic was even turned on at all.

For the superstitious among the crowd, the ensemble opening a number of umbrellas inside was just the icing on the cake for this performance. Though, even with bad luck, the show couldn’t have got much worse.

Mimma is an extremely memorable musical, for all the wrong reasons. It has the potential to be a gripping and moving piece of theatre, but instead feels like you’re wading through quicksand.