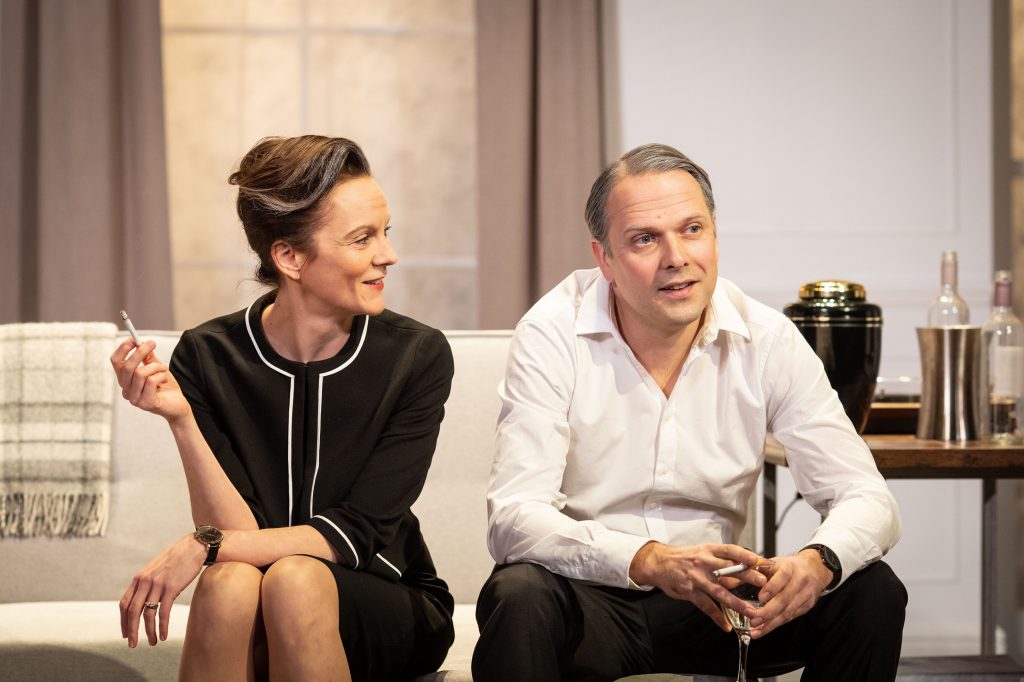 Spanning across 3 decades, Love Love Love is a show that centres around couple Ken and Sandra and charts their life progression from young and carefree university students to parents with children, to retirement with their own children grown up and independent.

The show feels a little bizarre and out of the ordinary, with the point, purpose, and message of the piece largely unclear. There is an unusual set up with there being three acts as opposed to two, the first act is the slowest with the show taking a while to really get going while introducing two lead characters to the audience, and each other. The second and third acts have a lot more heart and do a good job at developing the characters; while the plot of the show is not clearly defined, the actions and words of the characters never become tiresome.

Whilst the show has a lot of talking with not too much happening, it is within the text that a great deal of character development is found. The discussions and differing opinions between the characters prove to be quite interesting and work to make the audience to really think. The comedy within the script makes the piece really flow; as opposed to there being clearly written jokes for the script, the humour feels more natural with laughter at relatable aspects of daily life.

The lack of clarity of the plot could be deliberate as there is a real sitcom feeling to the show. The play feels more like a journey that follows Ken and Sandra across three decades. The purpose of the show is never clear and feels more like a case of watching the characters’ lives pan out in front of them.

This could also be a deliberate choice, presenting a show with a story that has no clear start and finish, not too dissimilar to a sitcom people would watch on their own televisions, and having a small snippet of the pair’s lives presented to them. Courtesy of Joanna Scotcher’s set design, the show is presented within what appears to be a giant television screen wherein the audience seems to be presented with a glimpse into others’ lives.

Nicholas Burns and Rachael Stirling take on the roles of Kenneth and Sandra respectively. The pair shine in their roles doing a fantastic job. They play the same two characters at three different ages effortlessly making easy to see the changes in the characters during each time period. One particularly beautiful nuance is that even in the third decade, Kenneth and Sandra still say or do some small things that show glimpses of their previous, younger selves. A reminder that they are still the same people they were in the first act, no matter what appearances may say.

Isabella Laughland and Mike Noble play Rose and Jamie, the son and daughter of Kenneth and Sandra; in a similar nature to their parents, the course of the play visually sees the pair transform from teenagers, angry at their parents and life, into adults themselves.

As a character, Rose is fascinating to watch, particularly during the more modern-day third act where she spends a lot of time calling her parents out politically while raising points about the struggles that people face, compared to when her parents were younger. Rose does go some way to providing a current voice to proceedings and fleshing out a little purpose to the script.

Love Love Love has a lot of depth in the script and despite the lack of physical activity on stage, makes a thought-provoking show with a lot of interesting points raised. Perhaps making a statement on family life or just intended to make audiences laugh, the show provides a few hours of relatable characters and easy-going laughter.