REVIEW: Lipstick – a new show with a whole lot of heart 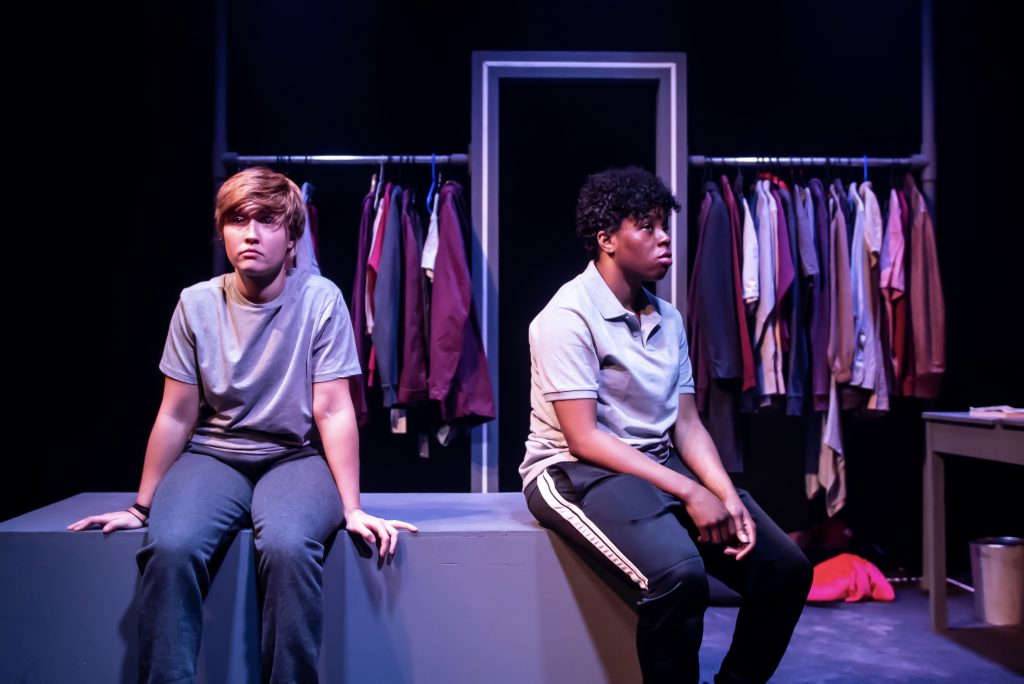 Tommy is a teenage boy who fears everything – especially how other kids at school would react if they saw him putting on lipstick. Jordan is not scared of anything, especially not the fact he likes how Tommy looks in lipstick…

Making her professional writing debut, Lily Shahmoon presents the show Lipstick, currently running at the Southwark Playhouse in London. Tommy and Jordan are two young lads who at first glance seem to be as different as can be, yet as the show progresses, it seems the pair may have more in common than they first thought.

Having two women take on the role of the teenage boys is a bold statement and works for all the right reasons; watching two women put on make-up is something as a society that is not only accepted but, in some circumstances, expected and encouraged. When these two women are then putting on make-up, as boys, the question is raised – why is this suddenly a different situation altogether and something a lot of people have a problem with?

April Hughes and Helen Aluko take on the roles of Tommy and Jordan and both do a fantastic job. Their care of the relationship development of the characters from almost strangers to testing the waters as to where they stand with each other, to concluding the show as best friends, provides chemistry that feels genuine.

The intimate venue of the Southwark Playhouse works well for the show as there is a lot to be found in the moments where nothing is said, but the acting alone speaks volumes for itself, adding to the emotions and tension in the room. Whilst these scenes are important, there are times when the silence feels a little too long and begins to border on awkward, whether this is a conscious decision made to put audience members in this position, however, it is unclear.

Despite the show being short at only 70 minutes, the themes of identity, acceptance (of ourselves and others) and mental health are addressed sensitively and respectfully. There are moments of confusion, such as when Jordan appears to finally accept himself and Helen removes her wig. It is unclear whether Jordan has been wearing a wig the whole time and this is some kind of big reveal or if it is simply metaphoric.

With excellent direction by Ed White, making his directorial debut, April as Tommy in particular, gives a stellar performance. Displaying a brave, open and honest performance of the realities of the struggles with mental health and anxiety which really helps to flesh out Tommy as a character.

A lack of a solid and definitive conclusion also adds to the essence of the piece. Something that could be interpreted as a metaphor for life, as in reality, a sense of finality and closure is somewhat of a rarity.

For a new and smaller show, there is a lot of heart to be found in Lipstick. The themes of acceptance and tolerance promote the embracing of ourselves and others and encourage people to live their truth as their authentic selves. This a show that is already something specials and is on track to evolve further into something that could speak volumes to a wider audience with just a bit more polishing.