REVIEW: Fatal Attraction – the iconic movie is given a new lease of life 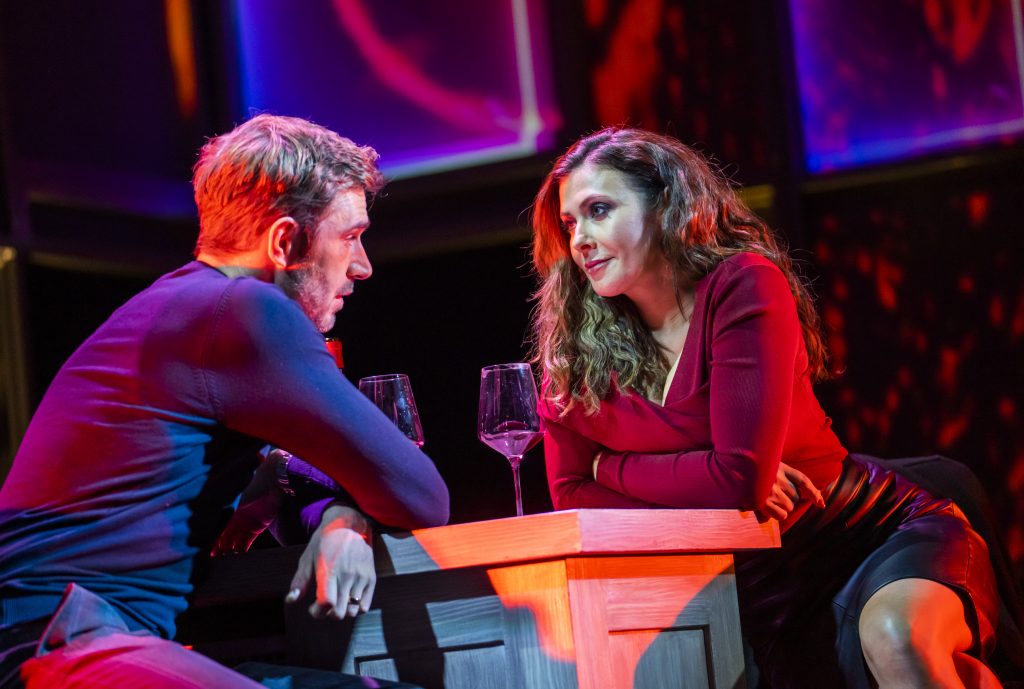 The film was a huge box office hit. In 2022, however, it’s clearly dated. Technology has moved on, which poses an issue for one of the main sources of tension in the original, Alex’s repeated calls to Dan’s landline. The conversation around mental health has also shifted in a more understanding direction here in the UK. The ‘crazy woman’ stereotype isn’t dead, but a character like Alex (who was understood by many to be a depiction of borderline personality disorder) would hopefully be written with more depth today.

So where does the stage adaptation come into things? Written by James Dearden, who was nominated for an Academy Award for the screenplay for the original film, the script is in many ways faithful to the movie. But there are numerous important differences.

It is clear from the start that this won’t be a copy-paste of the movie. For example, Alex Forrest is played in Birmingham performances by British household name Kym Marsh, which initially seems like an odd choice of casting (brunette Marsh looks nothing like Glenn Close, who has a head of blonde curls in the movie).

Aside from the immediate visual differences, there is a difference in perspective evident in the Fatal Attraction of 2022. Alex is less like the sexist trope portrayed in the Fatal Attraction of 1987, and more like a troubled, and dare it be said, even relatable woman who evokes sympathy with her self-destructive behaviour. In turn, the behaviour of philandering lawyer Dan, who is played by Oliver Farnworth, is framed in a more critical light. Segments, where Dan mulls over his thoughts about the escalating situation with Alex — which are not always PC — help, bring the story into the 21st century. The addition of this narrative device is a smart way of dealing with the troubling current of sexism that runs through the original Fatal Attraction. Here on stage at The Alexandra, audiences get more blunt insights into Dan’s decisions, which, of course, are driven by selfishness and entitlement.

In contrast, the film leaves its audiences to use their own biases to fill in the blanks. Alex must have done something to deserve being treated by Dan like that, right? By no means does Alex come across as a good person here, but she does come across as a human being rather than a monster.

Kym Marsh gives an excellent, and at times moving performance, although at times her chemistry with her co-lead is lacking. There are other aspects of the play that have less oomph than its film counterpart. The car crash scene, for instance, is difficult to translate onto the stage, but it is included with the help of projections on the set.

Without a Hollywood budget, it’s unsurprising that the stage adaptation of Fatal Attraction can’t quite capture the same atmosphere of dread as the original. Other decisions that were perhaps made for ethical reasons, such as the daughter of Dan and his wife Beth (Susie Amy) being replaced with voice recordings, also serve to highlight the difficulties of translating the film onto the stage in the 21st century.

The play’s shortcomings aren’t enough to prevent it from being an entertaining, albeit frequently uncomfortable, evening. Beth’s mother, Joan (Anita Booth), delivers some much-appreciated one-liners that take some edge off what is mostly a high-tension drama between Alex and Dan.

Ultimately, the moral of the theatre adaptation of Fatal Attraction seems to be, ‘don’t treat women poorly’. In contrast, the take-home message of the original for many was something like ‘don’t have an affair, because women are crazy’, and feminists have been writing critical responses to the movie ever since. James Dearden deserves credit for taking these criticisms on board. And it’s done gracefully: no lectures here. The play’s director, Loveday Ingram, previously directed a film for Women’s Aid raising awareness of the topic of violence against women. No doubt, this experience also informed the play’s relatively progressive outlook on gender relations compared to the original movie.

Overall, the theatre adaptation of Fatal Attraction is an impressive work that serves as an example of how with enough creativity and talent, outdated cinema productions can be given a new lease of life on the stage.