REVIEW: Catch Me If You Can: A well-executed, entertaining night at the theatre 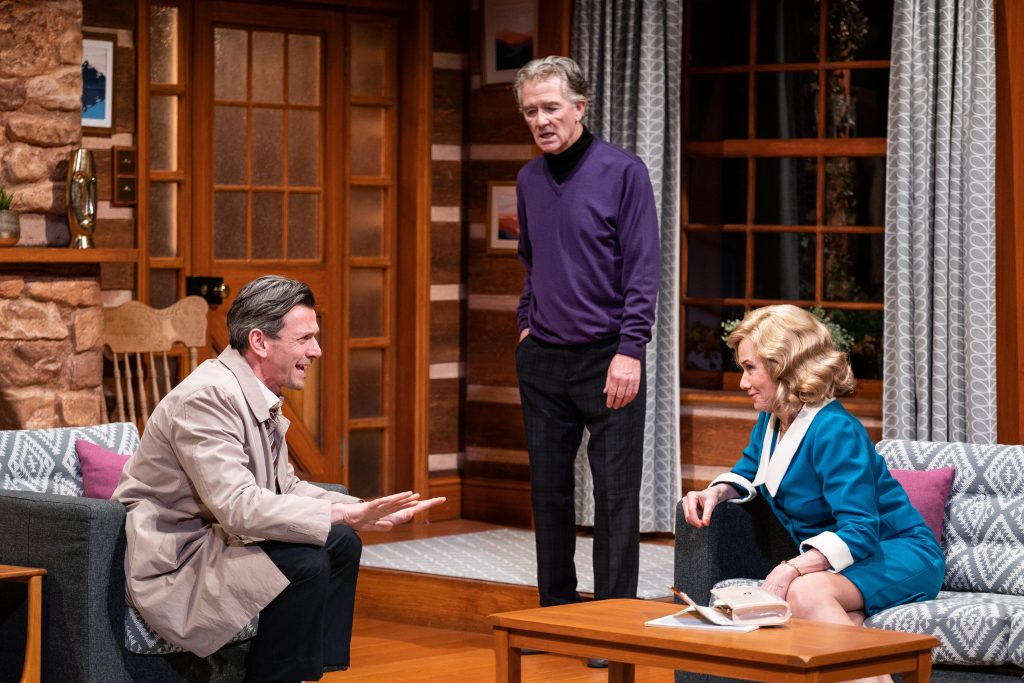 A good thrilling murder mystery has you guessing from start to finish and Catch Me If You Can certainly doesn’t disappoint on that front!

Based on the French play Trap for a Lonely Man by Robert Thomas, Catch Me If You Can is a “twisty turny” thriller that promises, and successfully delivers, a show that is always ready to catch you off guard. The script is very cleverly adapted by writers Jack Weinstock and Willie Gilbert, and coupled with the excellent direction of Bob Tomson, the resulting outcome is an engaging, unpredictable, and complicated (but still easy to follow) story – one that has a lovely blend of comedy and shock.

The set is simplistic but perfect. Creating a mountainside chalet on stage isn’t something that you’d think would be easy, but never do you find yourself doubting that the characters are indeed in a wooden cabin in a picturesque setting – kudos to the design trio of Julie Godfrey (stage/set), Chris Davey (lighting) and Matthew Bugg (sound).

Taking on the leading role of Daniel Corban is Patrick Duffy of Dallas fame, and he is clearly highly comfortable in and enjoys playing his role, delivering the narrative and consequential emotional responses with style and aplomb. He is equalled in quality by Linda Purl in the role of Elizabeth Corban, who has a seemingly effortless stage presence and plays the contrasting elements of her character brilliantly. However, they are perhaps surpassed by Gray O’Brien, whose comic timing as the lovably witty Inspector Levine is spot on. He oozes confidence and absolutely nails the slight arrogance and dry humour of his part.

The rest of the cast complement each other well, and again seem most at home in their respective parts, but a particular mention must go to Paul Lavers, who, although billed as playing the role of Corban’s boss Everett Parker, actually stepped into one of the roles he is understudying, Sidney. His performance was fantastically funny and beautifully innocent, something not easy to achieve in the relatively brief time he appeared on stage.

Sadly, there were a few times when the show was hindered by sound issues (particularly with Duffy’s microphone) but fortunately, it did not hamper the performance overall, and with any luck, these hiccups will be ironed out for future performances.

If you are looking for a well-executed show that guarantees an entertaining night at the theatre, you’d do a lot worse than making the trip to see this play, but it is only on at Milton Keynes for the rest of the week – so catch it if you can!

Runs until: Saturday 09 April at MK Theatre and on tour