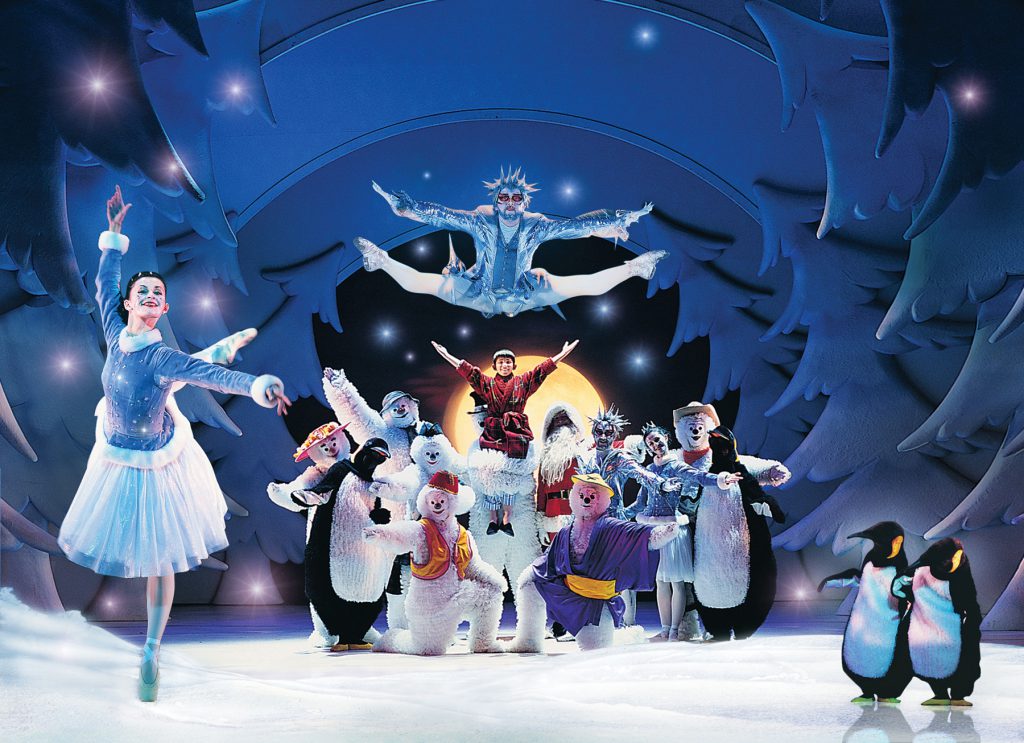 The Snowman is a quintessential part of British history and it’s doubtful that anyone in the land will be unfamiliar with it. It may be a dank and dull January, but The Snowman is going strong on its most recent tour which, having celebrated the 40th anniversary of the book by Raymond Briggs and 25 years of the live stage show back in 2018.

For most of us, The Snowman is as familiar as a cozy jumper or an old friend. Who doesn’t revel in the dulcet tones of a young Aled Jones whose angelic rendition of Walking In The Air is about as synonymous with the iconic story as it gets. Birmingham Repertory Theatre’s production began life in 1993 having delighted audiences at home and abroad over the years. The full-length stage version is closely based on Briggs’ 1978 book and the 1982 film of the same name.

For those familiar with the film, the format of the show will not come as a surprise. With no dialogue, the story follows The Boy (played wonderfully by Johnny Jackson for Milton Keynes opening night) who wakes one morning up thrilled to see his garden covered in a blanket of snow. Fuelled by the excitement he races outside and wastes no time in building a snowman. As he turns in for the night there is magic in the air and it’s not long before the snowman comes alive. Together The Boy and The Snowman explore the unknown wonders of the house before taking flight and landing in the North Pole where they enjoy a magical Christmas party.

The enduring appeal of this beloved production can be appreciated by a quick look around the auditorium. The audience is made up of all ages. The show is literally a piece for all generations to enjoy and a wonderful, gentle and magical experience for younger first-time theatre-goers

The component parts of the piece gel wonderfully. The costumes are bright and vibrant, the staging simple yet effective. The main gripe with the production is the clunky and at times chaotic scene changes which involve the stage going dark while the set is rearranged. Surely after 25 years, this could be made a touch more seamless to facilitate the narrative. Unfortunately, the jolty changes do take away from an otherwise flawless piece of theatre.

That said, the feather in the cap of The Snowman is Howard Blake’s wonderful score. Working with choreographer Robert North, Blake extended the films 26-minute to transform the stage show into the dance-theatre production that delights so many today. North’s choreography is beautiful and stunningly complimented by Blake’s music. The orchestra led by Musical Director Costas Fotopoulos is incredibly accomplished and tie the piece together seemingly without effort.

The cast is also strong and executes North’s choreography with aplomb. Emanuela Atzeni is particularly enchanting as the Ice Princess. Atzeni first became involved with the production in 2009 and her love for the piece is skilfully and effortlessly showcased through her wonderful movement and poise. Owen McHugh is also a joy and has perhaps some of the most varied roles of the piece. In act one he is a giant pineapple and a Toy Soldier, but it’s Act Two where he comes into his own as the menacing Jack Frost.

If you are looking for a perfectly relaxing couple of hours of escapism for the whole family, then look no further than The Snowman. Christmas may be a distant memory, but don’t let that put you off. The Snowman is a gorgeously cute show which undoubtedly will continue to run for many years.