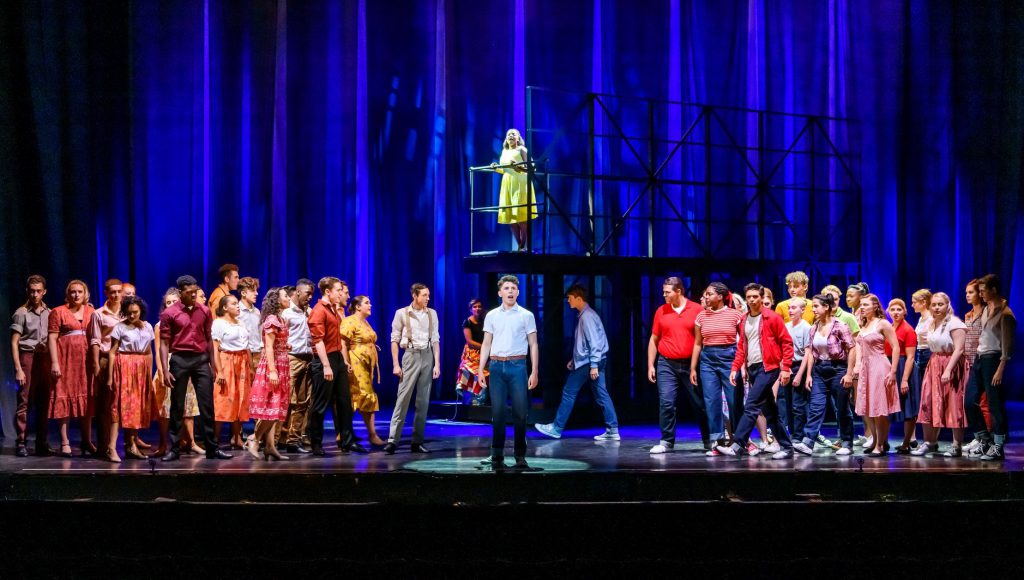 Last night, Birmingham Hippodrome raised the curtain on its first ever home-grown youth production as a fresh new production of West Side Story opened to a sell-out audience and standing ovation.

Production shots of the forty local young performers from across the West Midlands have been released as the show continues its run at the theatre until Saturday 31 August.

After extensive rounds of auditions and over one thousand applicants, the exceptional cast of young people aged 14-25 will bring the legendary West Side Story to life in an exciting first of its kind production marking the theatre’s 120th birthday.

Fiona Allan, Birmingham Hippodrome Artistic Director and Chief Executive added; “It is fitting that we mark our 120th birthday by funding a major new production, giving back to young people in our community. West Side Story remains just as relevant now as when it was first written, and holds many parallels we can still see in our everyday lives. Our director, Matt Hawksworth has drawn together a tremendously experienced professional creative team, who will ensure that the company experience all aspects of mounting a major musical in the large scale.

“Our birthday celebrations are headlined with the strapline Then, Now, Always -this production will encompass this message in its entirety. Then being the staging of this classic musical, Now is bringing a new production to our main stage, and Always is the hugely talented cast of young people who are the performers and audience members of our theatre’s future.”

West Side Story plays at Birmingham Hippodrome from Thursday 29 – Saturday 31 August. To book visit www.birminghamhippodrome.com or call 0844 338 5000 (4.5p per minute plus your phone company’s access charge).