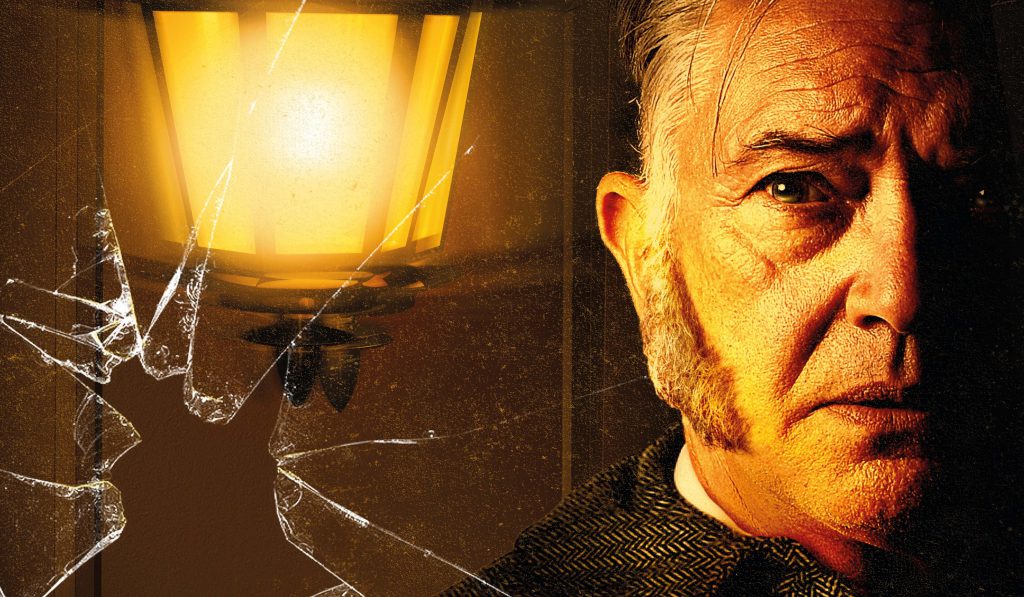 Martin Shaw, one of the UK’s best loved stars returns to the stage in a new production of Patrick Hamilton’s classic psychological thriller Gaslight, in the role of retired Detective Rough.

A lost watch, a missing brooch, a displaced picture frame… Tricks of the mind perhaps, but for Bella Manningham everything seems horribly real.

As the fog-bound evening draws in and the gaslight dims again, Bella realizes she is alone with no one to protect her from the footsteps creaking in the attic.

Only the unexpected arrival of former police detective Rough can help untangle fact from fiction and save a woman on the brink of insanity.

Martin was catapulted to international stardom in the late Seventies, immediately after the first few episodes of The Professionals, launching a career that has hardly seen him out of the limelight since. Martinis best known to TV audiences for his title-roles in the decade long crime drama Inspector George Gently and Judge John Deed, the BBC hit thathad audiences hooked for 6 years, drawing in tens of millions of viewers. His more recent credits include roles in Agatha Christie’s Poirot and Apparitions.

Martin is joined by James Wilby who has been entertaining households for almost 40 years and is renowned for his lead role in the film Maurice (Cinecom Pictures). He has since been known for his role as dominant political figure, Lord Falmouth in Poldark (BBC). Both Martin and James will be joined by Charlotte Emmerson, who has graced TV shows such as Love, Lies and Records (BBC), Silent Witness (BBC) and Law & Order (BBC) to name a few. She has appeared in the title role of Lucy Bailey’s acclaimed National Theatre production of Baby Doll.

The cast is completed by Mary Chater of Kinsey (BBC), Wycliffe (ITV) and Footballers’ Wives (ITV) and Georgia Clarke-Day who starred in Fantastic Beats and Where to Find Them (Warner Bros. Pictures).

First staged in 1938 and then adapted as a film in 1944 starring Ingrid Bergman, Joseph Cotton and Charles Boyer, Gaslight is one of the greatest-ever thrillers. Such was the play’s ground-breaking cultural and impact that it popularised ‘gaslighting’ as a term for psychological abuse.

The production, directed by the Olivier Award-nominated Lucy Bailey and designed by Olivier Award winner William Dudley, will tour the UK until 26 October 2019, opening at the Theatre Royal Windsor on 18 September 2019. Lighting Design is by Chris Davey (Witness for the Prosecution, County Hall London) and Sound Design is by Tony Award winner Mic Pool (ART, Old Vic and Royale Theatre Broadway).