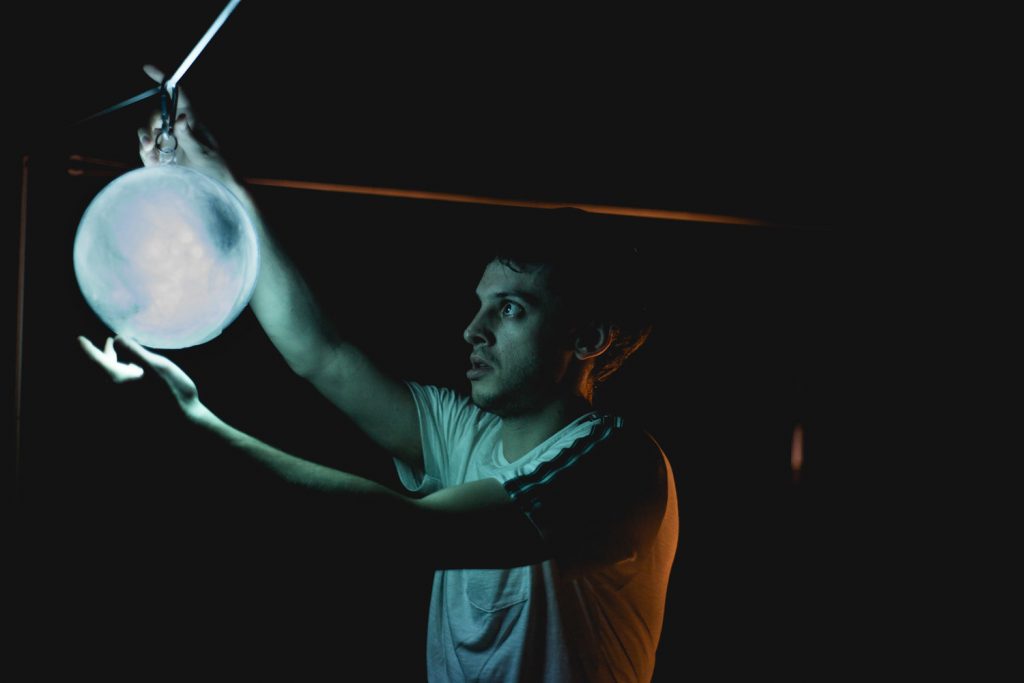 Catching Comets is two stories told at the same time: a disaster movie about falling in love and a rom-com about the end of the world. Following their acclaimed run at the Edinburgh Fringe 2019, Ransack Theatre now present the London premiere of this multidimensional mash-up.

A brilliantly executed one-man show, Catching Comets introduces Toby as he recounts the time he saw a comet shooting towards Earth. When nobody takes his warning seriously, he panics and transforms into a full-blown blockbuster action hero. Complete with dark glasses, helicopters and a lust for all things physical, Toby embarks on a fantasy mission to protect the world. However, intertwined and interrupting is another tale; of falling in love, of vulnerability, of coping with emotions – a reality that can’t be escaped through faux bravado.

Heart-warming, honest and intimate, Catching Comets sees Toby lay bare how difficult he finds it to fall in love, knowing that at any point the girl of his dreams may realise he is not big, strong and brave in the way he thinks she deserves. He’s not a hero. In fact, most of the time, he’s scared.

Catching Comets is a funny and engaging piece of new writing, blending theatre and cinematic license in a high-energy whirlwind on stage. This bold new work parodies the screen hero at its most extreme to interrogate its relevance to today’s cultural landscape. Millions avidly watch unrelatable screen heroes presented as the best role models, but is there more strength to be found in vulnerability?

Writer Piers Black comments, The show came about largely in response to the trend of rebooting and remaking big Hollywood action blockbusters. For a lot of people, the thrill that comes with that is re-living the moments of wonder and excitement from your childhood again. But, there was something quite striking about re-visiting a lot of the characters from my childhood. A lot of them are terrible role models. The world is a very different place and our attitudes and tolerance for some of the behaviour they display has moved on a long way. For a lot of young men, those people were their idols and who they wanted to be like when they grew up. The play is asking how we’re meant to be brave today if all our ideas of bravery come from this dated and unachievable source? What does strength look like for anyone who doesn’t have a six pack? And how can we fill a theatre show with a load of cinematic action pastiches but still give it a real heart? 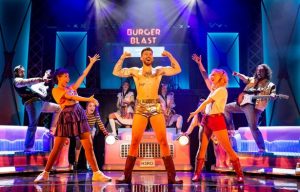 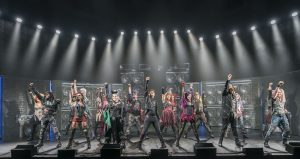