INTERVIEW: Sam Hooper explains the inspiration behind creating a show about death 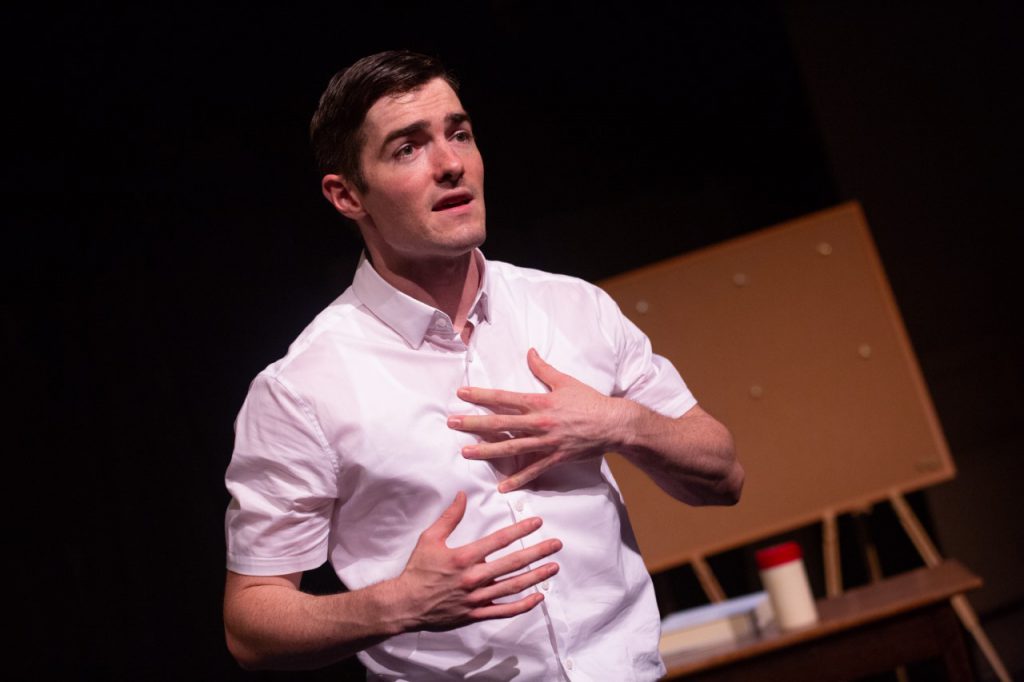 Originally from Melbourne, Australia, Sam Hooper is a multi-talented performer, writer, director and choreographer.  As a performer, he has toured internationally with Cats, King Kong, Cabaret and Mamma Mia. He is currently performing in his own original musical black comedy Death Suits You which is running as part of Camden Fringe. We chatted to Sam about what audiences can expect from the show, how he decided to embody the character and the inspiration behind writing a show about death.

Can you tell us a bit about the show and what audiences can expect? It’s a show about death (personified) and he is upset that we don’t appreciate all the work that goes into killing us! It is a black comedy but we have tried to address both Death’s perspective and the perspective of those who have lost their lives at his hands. As an overall piece of theatre, it flits between seriousness and comedy whilst at the same time trying to tackle death in an entertaining and (hopefully) non-offensive way.

You have written the book and lyrics as well as starring in the show, how have you found balancing all the responsibilities and which do you prefer? I’ve performed the show before and the last time I did it I was re-writing and rehearsing at the same time. I found that really difficult to balance because eventually you just become creatively drained. It got to the point where I was looking at problems and I wasn’t sure if I was trying to fix them from an actor’s perspective or from a writer’s perspective, so learning how to differentiate between the two was a really useful lesson. This time we have a new director, Gabrielle, who’s fantastic and we did a lot of work on the script before we started so we had locked 90-95% of it down before we started rehearsals. By doing that it was much easier to separate my brain but it’s still difficult though. In terms of which I prefer, I still really love performing but I think I love writing more. That said I probably switch back and forth every few days between which I love the most!

Having written the script, what was the most challenging element of bringing it to life? The most challenging element has probably been trying to balance the dark humour by assessing how far we can push the boundaries without making it difficult or uncomfortable for the audience. When you tackle such a heavy subject like death there is always going to be someone in the audience who has a close personal experience to the subject matter or have lost someone in a certain way. Those strong emotional connections are always going to be there so I got to a point where I had to let that go. It’s just not possible to mollycoddle and overprotect everyone when you are dealing with such a heavy topic. We just have to try and play it as honestly and truthfully as we can and hope that they understand where we’re coming from. So that was probably the hardest part and that took a while to let go of.

What was the inspiration behind the show? This is a bit dark but it was driven through my own fear of dying. Sometimes I wonder if I was already very morbid or if working on the show for so long has made me morbid! Also as a family, we joke a lot about each other and the things that upset us because we find it an easier way of coping. We have joked a lot about death in my family and so I think it was just a natural progression from there to take my fear and turn my coping mechanism into a show.

How did you decide to personify Death as a character? We wanted to personify Death as someone who was almost observing humanity in an effort to understand the quirks and intricacies in order to better fit in. It was a conscious choice to play him slightly socially awkward and highly literal to get across that alternative perspective and abject frustration of thinking that you understand people yet you just can’t seem to get it right. His voice also became a slight hybrid, we didn’t want to present Death as too Australian so I slightly anglicised my voice to take the ocker edge off!

What sort of creative process did you go through to determine the varied style of the show? We created each scene without putting definitive labels on the style of each piece. Our aim was to make all the different dance styles as varied and distinctive as possible. This was driven by our objective to explore how we could best represent ways of dying through different theatrical mediums. As a result, we looked at a lot of different options for all of them. During the development phase, we went through several variations of each death and either altered the movement style or adjusted the music and it really ended up as one big experiment. In fact, if you asked me to label the genre of specific deaths I wouldn’t be able to but I obviously know what we were going for – it’s just difficult to define one style category. I come from a big dance background and one of my aims was to incorporate more physical storytelling into everything and I think that comes through very strongly in terms of our determination to explore a variety of mediums.

Why should people come and see Death Suits You? People should come and see it because I think that death can be really confronting, especially the idea of dying and being forgotten. That for me is such an inherent fear and I think it will resonate with other people as well. The show provides a different perspective on death by putting a light twist on it but equally, it pays death the respect it deserves.

Death Suits You is playing at the Theatro Techica, Camden until Sunday 25 August 2019.