INTERVIEW: Ellie Lewerenz chats to us about her debut play How We Begin 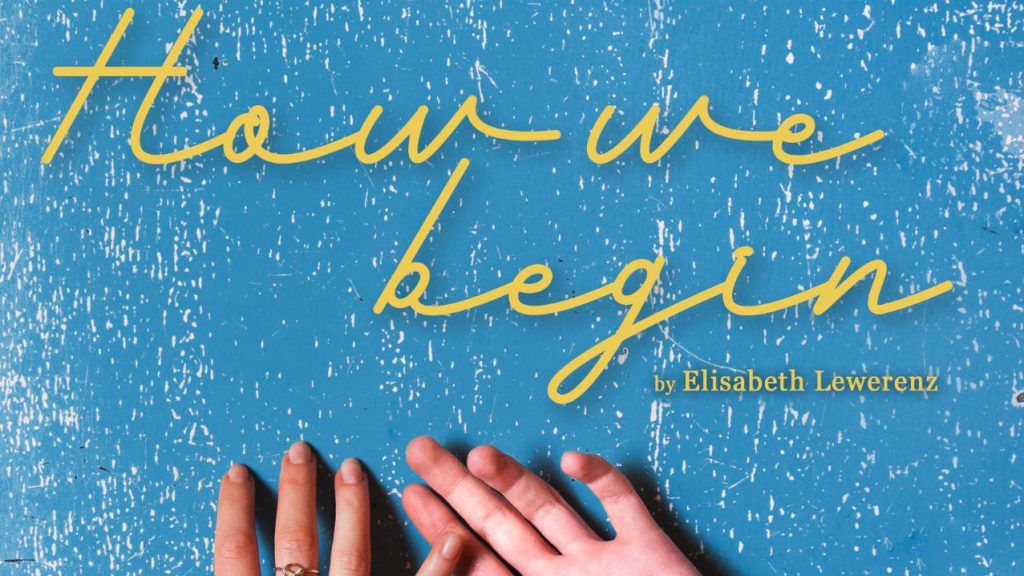 Ellie Lewerenz is a young and exciting playwright who will be showcasing her debut play How We Begin at The King’s Head on the 11 and 12 of August as part of the theatre’s queer season. The play will feature as part of a celebration of the most interesting and innovative LGBTQ+ theatre-makers in Britain. Ellie took some time out of rehearsals to chat to us about what audiences can expect from the play, how she drew on her own experiences to shape the story and why it’s so important to give a voice and a platform to female love stories.

Can you tell us a bit about How We Begin and what audiences can expect? How We Begin is about two girls, Helen and Diana who have been friends since the start of university and are currently settling into adult life. It’s at this point they realise that their feelings for each other are more than platonic. This realisation is somewhat inconvenient as they are both pretty much settled and sorted, so it sort of throws their lives into chaos. Helen is single but to further complicate things, Diana is in a relationship with a man and has been for some time. They decide to start an affair and the play charts that relationship and the impact it has on their friendship.

How did the play come about and what was the genesis of the piece? I wanted to write something about relationships between women because it’s something that I really didn’t see represented on stage that often. I am also really interested in the line between friendship and love especially between women and how that is defined. Women tend to be so much more tactile and touchy-feely with each other which can cause lines to very quickly become blurred and that is something I really wanted to explore in the play. Also, I was keen to look at how easy or hard it is to love someone in secret. As we are living in a more tolerant society it’s interesting that some people still choose to keep their relationships quiet so I was really interested in exploring the secrecy in relationships in the piece as well.

Having written the script, what has been the most challenging element of bringing it to life? It’s a really fluid script and is set across different time periods. It’s almost as if the two girls are looking back at their relationship but it’s also playing out throughout the piece in real-time. It’s been a real challenge to get those elements right and also how Helen and Diana react to certain situations is something that we really need to iron out in rehearsals. Another tricky element has been working out how to bring the private moments between them to life, along with them directly addressing the audience at certain points.

Did you draw on your own personal experiences when writing the play? There is definitely a bit of me in there. There is a scene where Helen comes out to her family which is very closely based on my own experience of coming out as bisexual to my parents and grandparents. The most surprising reaction came from my Grandfather who, when I told him I was dating a girl applauded me which a completely out there reaction that I was not expecting at all! It was such a lovely positive reaction and they are still really interested in my love life and who I am dating, so I just couldn’t resist putting some of that in the play.

Do you identify with any one character in the play more than the other and do you have a favourite? I do feel like I love them both. However, I identify with Helen a lot because she’s very similar to me and is a very anxious character. I did give her some of my own personality traits and of course the elements of my own coming out story which she shares.  So I identify more with Helen but I love them both equally.

What do you hope audiences will take away from How We Begin? I hope they will be really touched by it. I just hope that they will walk out of the theatre having really got to know the characters and having heard their story and being moved by it in some way. I also really hope that they will take something away from it for themselves, whether that be representation or simple escapism.

Some of the biggest plays of the past few years have centred on gay characters, Angels in America, The Inheritance to name a couple, however, stories with female narratives still feel on the fringe. Is there a queer glass ceiling that needs smashing to bring lesbian/bisexual stories into the mainstream? I definitely think so and that was one of the biggest impulses behind writing the play. I was seeing a lot of big mainstream gay theatre yet female stories are consistently sidelined and certainly don’t get the exposure that pieces like Angels in America and The Inheritance did. Of course with our play, we are literally on the fringes but in my own small way, I really wanted to add a different perspective to giving stories with strong bisexual and gay women at the centre a voice.

Do you think to get any easier for female theatre-makers and writers to get female narratives on stage? I have been having a really positive experience. This is my first production and we have intentionally put an all-female creative team together for it. All of which are emerging talent which has been such a brilliant experience. The first person to come on board was our director Lizzie and she was actually the one that suggested putting the all-female creative team together. We all work so well as a group and haven’t encountered any creative differences as yet so I am so chuffed at how it’s all turned out.

How does being openly bisexual inform your writing? It definitely informed this story because it made me think a lot about how hard it was for me to figure myself out mainly because no one in my immediate vicinity was queer in any way when I was growing up. Although I grew up in a relatively liberal environment I still didn’t see anyone out there living that life so it took me until my early twenties when I was at university to figure it out. Once I figured it out it became a really big deal for me because I wasn’t really prepared for what an impact the realisation would have on me. So I definitely channelled a lot of those feelings and early experiences into my writing.

What was the last thing you saw at the theatre and what do you wish you had seen but missed? I think it was probably something at the Vault Festival because I was doing a writers course there. I am pretty sure it was a play called 10 which is a play about ten notable female characters in history performed by five actors which was a real celebration of their untold stories. I really enjoyed that as it was such an incredibly powerful piece. I wish I had seen Three Sisters at the Almeida Theatre, but I completely missed it. I love the director Rebecca Frecknall and I saw Summer and Smoke which she directed and I loved it.

We then asked Ellie some Dress Circle Antics quickfire questions…

What book(s) are you reading at the moment – I am re-reading Good Omens by Neil Gaiman and Terry Pratchett at the moment because I just saw the TV series which really made me want to go back to the source material.

Tell us something no one knows about you – I have never been to a pantomime!

How We Begin plays at The Kings Head Theatre, Islington on 11 and 12 August. Tickets are on sale now.