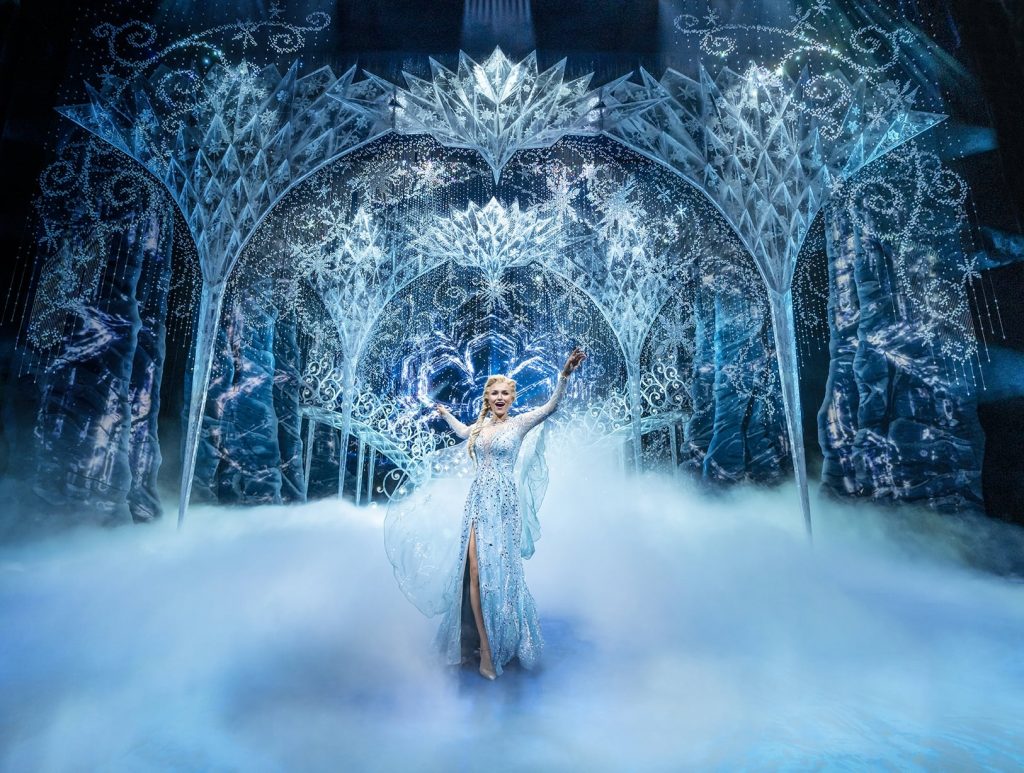 In 2013 Disney introduced the world to a heroine who doesn’t need to be defined by a man, whose happily ever after isn’t riding off into the sunset with a prince and who is the absolute embodiment of female empowerment. In 2013 Disney introduced us to Queen Elsa of Arendelle propelling Frozen into a worldwide phenomenon that would become the highest-grossing animated film in history.

Frozen centres around sisters Elsa and Anna princesses of Arendelle. Elsa possesses powers that enable her to create snow and ice. After a childhood accident that injures Anna, Elsa is forced to conceal herself and her powers from everyone and becomes estranged from her sister. Remerging on her coronation day, Elsa is unable to control her powers and in revealing her ‘gift’ flees, inadvertently leaving the town frozen in her wake.

Few could have predicted that Disney’s 53rd motion picture would be the runaway success it was. Inspired by Hans Christian Andersen’s The Snow Queen the film grossed an estimated $1.3 billion at the box office. The musical, like the film, is based on the book by Jennifer Lee, with husband and wife songwriting team Robert Lopez and Kristen Anderson-Lopez behind the songs.

The Frozen script has stayed largely true to the movie with the musical cleverly elevating the characters, giving them more of a voice and insight into their motivations. This is achieved in large through the introduction of several new numbers and tweaks to the originals to suit the transfer to the stage.

Much of the initial criticism of the Broadway production focused on the perceived weakness of the new numbers. However, on hearing them performed live, these comments are likely due to a lack of familiarity. In fact, Dangerous to Dream and Monster are incredibly strong additions to the score, both performed sublimely by West End stalwart Samantha Barks as Elsa.

Stephanie McKeon is adorable as the socially awkward Princess Anna; it’s nigh on impossible not to empathise with her as she attempts to process her sister’s constant rejection. Relatively two-dimensional in the film, the musical provides a much deeper insight into how Anna copes with the rejection and her desperate need for love. McKeon plays Anna with just the right balance of comedy and naivety, and her character development is a joy to watch.

Barks and McKeon play off each other beautifully and are wonderfully believable as the star-crossed sisters. Despite their run only just beginning, their bond and closeness feels authentic, even though they don’t share a whole lot of stage time. McKeon’s dorky awkwardness as Anna contrasts beautifully with Barks’ uptight and serious Elsa.

Obioma Ugoala is a joy as Kristoff, his performance is assured and confident and the budding romance between Anna and Kristoff builds authentically. Craig Gallivan is a revelation as sun-loving snowman Olaf with his performance of Olaf’s signature number In Summer being a particular highlight. His puppetry, timing, and vocal ability suits Olaf, and he is as endearing as ever.

Oliver Ormson’s portrayal as the duplicitous Hans is outstanding and he plays the villain with a charming amiability and is solid in his solo performance of the new number Hans of the Southern Isles. His likeability in the role makes it all the more difficult to stomach when his true character is revealed.

Frozen has a large, beautifully colour blind company and each member brings something different and unique to the production. It’s a wonderful ensemble piece from the young Elsa and Anna to the extremely accomplished wider cast delivering Rob Ashford’s magnificent choreography with style, grace, and panache.

It doesn’t happen often, but just occasionally an iconic Act One finale comes along. Enter Samantha Barks and Frozen. Barks’ performance of Let It Go is a complete and utter show-stopper. She has an incredibly rich and powerful voice and personifies Elsa’s pain, agony and shame faultlessly. It is everything you could possibly want from a musical number and there are simply not enough superlatives to describe just how good it is. It is arguably one of the most magical and liberating moments ever to be produced on stage.

Barks’ vocals are complimented by some extraordinary special effects and lighting design by Jeremy Chernick and Neil Austin, respectively. The musicians should also be congratulated for delivering Dave Metzger’s beautiful orchestrations so flawlessly – the music is at times hypnotic, with some incredible harmonisations that elicit goosebumps.

Andrew Lloyd Webber has spent 2 years and £60 million pounds refurbishing the Theatre Royal Drury Lane. It is the perfect home for Frozen, the venue is as stunning as the production. Judging by the opening night reaction, it is money and time well spent, as it’s unlikely Frozen will be going anywhere anytime soon – how do you slow a juggernaut?

The success of the musical should be welcomed and encouraged. If the swathes of wide-eyed, dressed-up children that have been appearing in the audiences are anything to go by. Frozen is introducing theatre to a whole new generation and this can only be a good thing.