Review: Logan – is this the last we will see of the adamantium claws? 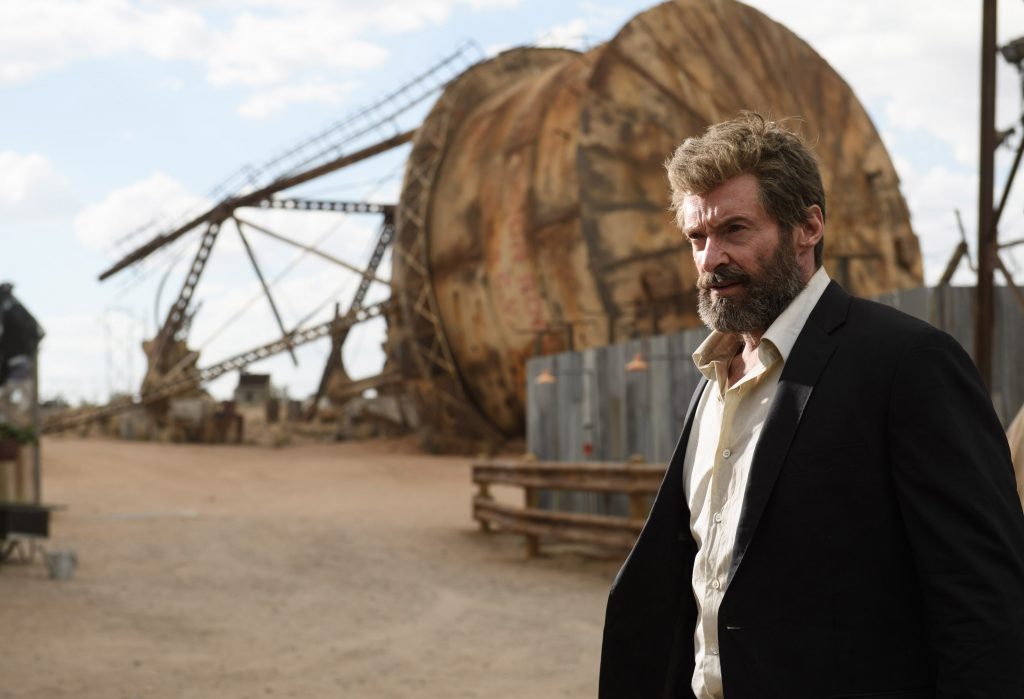 It was a sad day for superhero fans when Hugh Jackman announced that he would be hanging up Wolverine’s adamantium claws and that the 2017 movie Logan would be his final outing at the iconic mutant. Arguably the part that propelled him into superstardom, Jackman has played Wolverine nine times and was most recently seen at the end of X-Men: Apocalypse, nicely setting up the third and final standalone Wolverine movie.

Logan premiered at the 67th Berlin International Film Festival on February 17, 2017, and was released in UK cinemas on March 1. Directed by James Mangold, who co-wrote the screenplay with Scott Frank and Michael Green, Logan also stars X-Men stalwart Patrick Stewart as an elderly and infirm Charles Xavier. Based loosely on the graphic novel Old Man Logan by Mark Millar and Steve McNiven, development of the movie began in 2013 with Jackman confirming that this would be his final portrayal of Wolverine after playing him for 17 years.

It’s hard to place Logan in a genre; instead it’s a hybrid of superhero, western and post-apocalyptic drama with the violence of a Quentin Tarritino movie. Set in 2029, a time where the mutant race is all but extinct and James ‘Logan’ Howlett is a far cry from the fresh faced and handsome Wolverine Jackman introduced us to in the 2000 movie X-Men. Still incredibly ripped with the signature beard, Logan is an aging, alcoholic mutant masquerading as a limousine driver somewhere near the Mexican border.

Charles Xavier is also a mess and is tended to by the albino mutant tracker Caliban, played brilliantly by Stephen Merchant. Xavier is holed up in an upturned water tower, dosed up on black market meds as his telepathy powers are out of control. It’s hard to see Xavier in this state particularly when you think back to his previous incarnations as the heart and soul of the X-Men, his life’s work of establishing a world where humans and mutants live harmoniously is clearly nothing but an unachievable dream.

Stewart gives his best performance in the role which is interesting given that he has hinted that this may also be his final appearance in the franchise. The 78-year-old actor has played the role of Professor Charles Xavier seven times. If this is indeed his final turn Logan will be more than just Jackman’s swansong.

It isn’t long before the existence of the three mutants is disturbed in the form of Laura (Dafne Keen) a young, mute girl with an ice cold stare and a curious connection to Logan. Laura is being hunted by Transigen a biotech company spearheaded by Dr. Rice (Richard E. Grant) There are a few nods to the comic book universe, Laura begging Logan to take her to Eden a sanctuary for young mutants, as she waves a bronze age X-Men comic in Logan’s face – he scoffs telling her it’s ridiculous.

The main appeal of the film is the reality of it. It isn’t overshadowed by all the trickery of CGI. It’s completely stripped back. Casting your mind back to X-Men: Apocalypse, the most haunting moment was a devastated Magneto (Micahel Fassbender) falling to his knees in unabashed grief as his wife and child are murdered in front of him, Logan gives you moments like these in droves.

It is quite clear to see that this is the end of a chapter. With Deadpool introducing a new breed of mutants, Logan’s final chapter is just that, a changing of the guard. It is rumoured that Jackman will make an appearance in Deadpool 2 but that will go back on his resolve to hang up the claws for good.

Logan is a fitting conclusion for the iconic mutant. Where the movie differs from the other movies in the franchise is the sheer violence and abrasive language. Rated R in the USA and given a 15 certification in the UK this has given director James Mangold the freedom to build on Logan’s feral personality traits. Rather cuddlier in the previous X-Men movies, Logan allows us the see Wolverine in all his violent glory, uncensored and unforgiving.

It could have been a risk to up the rating, isolating the preteen and younger audiences. In doing so it has allowed Jackman to portray Wolverine’s inner battle, to be a good man he so wants to be or the animalistic killer that his instinct drives him to be. The proof is in the pudding – X-Men Origins: Wolverine and The Wolverine grossed $373m and $414m worldwide respectively. Logan has grossed $568m to date.

The violence is grim, gritty, bloody and graphic and makes no apologies for it. Logan is savage and fighting for his life. He is conflicted, that is clear to see but he gets to be the hero just one more time and makes peace with his situation. He is compassionate where it matters and his affection for Xavier is obvious, his cold heart even thaws towards the young Laura as the film draws to its conclusion.

It’s fitting then that Jackman should bow out off the back of not just the strongest Wolverine movie (a feat that isn’t all that difficult to achieve) – but off the back of arguably the best X-Men movie to date.