Review: Wonder Woman – sisters are doing it for themselves 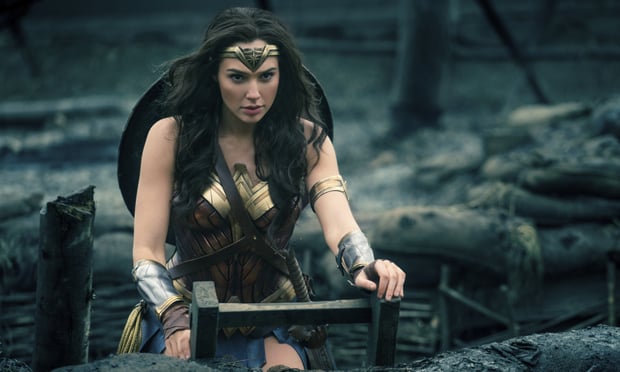 At long last, after four mediocre (at best) attempts, the Extended DC Universe has finally arrived. Wonder Woman is the movie that loyal and patient DC fans have been waiting for, that banishes the shame of Batman v Superman: Dawn of Justice and Suicide Squad.  More than seventy five years after Wonder Woman appeared in the comics for the first time, the character finally made her much anticipated solo movie debut.

For those too young to remember the iconic TV series starting Lynda Carter, Wonder Woman brings a modern and fresh interpretation of the character with Gal Gadot in the title role. Gadot made an impressive debut in Batman v Superman: Dawn of Justice and truly commands the screen in her first solo outing.

Gadot is a perfect choice for this role; there were glimpses of her allure in Batman v Superman: Dawn of Justice, where she outshone both her male leads with only seven minutes of screen time.

Inspiring and compassionate, Wonder Woman is the ultimate in female empowerment. Directed by Patty Jenkins, the woman behind the 2003 Oscar winning film Monster, starring Charlize Theron, she becomes the first woman to direct a DC or Marvel movie and she does not disappoint. Her success comes despite a somewhat bumpy road to production. Up until April 2015, Michelle MacLaren was due to direct the picture but left the project due to ‘creative differences’.

Wonder Woman, or Diana Prince, as she is more readily known, is an Amazon warrior from the island of Themyscira, which is completely devoid of men. Opening in the present day, the film explores Diana’s backstory and flashes back to World War One, where she assists the allies during the Great War.

Chris Pine is admirable and likable in his role of Steve Trevor, the handsome, wholesome pilot, with shades of Captain America about him. Interestingly, there are some visible reverse parallels between Wonder Woman and Captain America: The First Avenger.  To reveal those parallels would betray too many spoilers, but they are there none the less and perhaps contribute to the charm and warmth of the movie’s plot.

The storytelling in Wonder Woman is strong; the narrative clear, young Diana is fierce and determined, teenage Diana, resolute and strong willed and adult Diana fearless and committed. The release of a movie with a strong female protagonist is long overdue. Short of Marvel’s Avengers Black Widow, there are precious few strong female heroes in this genre and the fact that Wonder Woman has been in development for over twenty years is testament to how unprecedented this is.

Halle Berry’s disappointing outing as Catwoman in 2004 was only marginally bettered by Jennifer Garner’s turn as Elecktra in 2005; both movies are testament to how challenging it has been for filmmakers to develop multi-dimensional, well rounded and strong female characters. Wonder Woman has finally broken the mould. Diana Prince is virtuous and moral with a charming naivety that shapes her character development as the film progresses.

One of the prime antagonists, Dr Maru is female which proves that Wonder Woman is not a battle of the sex’s folly, and shows that women are just as capable of extreme evil as well as the demonstrable strength and bravery of their male counterparts. At times Wonder Woman doesn’t take itself too seriously, there is a cheeky nod to gender stereotyping with Diana likening the role of a secretary to that of a slave.

The ensemble cast is also strong; Etta Candy (Steve’s secretary) is played endearingly by the charming Lucy Davis. Robin Wright and Connie Nielsen are solid in their respective roles of Antiope and Hippolyta with David Thewlis delivering a masterful performance as Sir Patrick Morgan.

Although it is mostly in keeping with DC’s traditionally darker side when compared to Marvel, Wonder Woman’s tone is at times somewhat lighter, with Jenkins’ lush imagining of the island of Themyscira, colourful and warm. The scantily clad Amazonians ride round the island akin to models which is ironic considering Doutzen Kroes, a Victoria’s Secret model made a cameo appearance, as, you guessed it, an Amazonian warrior.

There are moments of humour in the film, provided mainly by Etta Candy, and delivered brilliantly through Davis’s comic timing. The CGI is impressive and the fight scenes hold nothing back. As the customary, climatic battle ensues, the special effects go into overdrive, and the film goes from the sublime to the ridiculous, but it survives.

Wonder Woman evokes feelings, real feelings, which at times mirrors recent world events.  Behind the CGI and Hollywood glitz and glamour, the message is clear. It is an uplifting story that reinforces the fact that despite human’s capacity to do great harm; they also have the capacity to do great good. To quote Steve Trevor “My father said: if you see something happening in the world, you can either do nothing or you can do something. And I already tried nothing,” currently this sentiment could not be more true.

As Wonder Woman’s first weekend draws to a close, the film is projected to smash the $100 million mark, gaining the biggest opening weekend ever for a female director, beating the previous record held by Sam Taylor-Johnson’s Fifty Shades of Grey ($85.1 million in February 2016.)

With Justice League hot on its heels and Wonder Woman 2 already commissioned, we will be seeing a whole lot more of Diana Prince and Gal Gadot which can only be a good thing. Jenkins is already signed on to direct the sequel hinting “The story will take place in the U.S., which I think is right. She’s Wonder Woman. She’s got to come to America. It’s time.”

With any luck this is the start of better things to come from the Extended DC Universe – thanks to Wonder Woman, the future is bright for them.