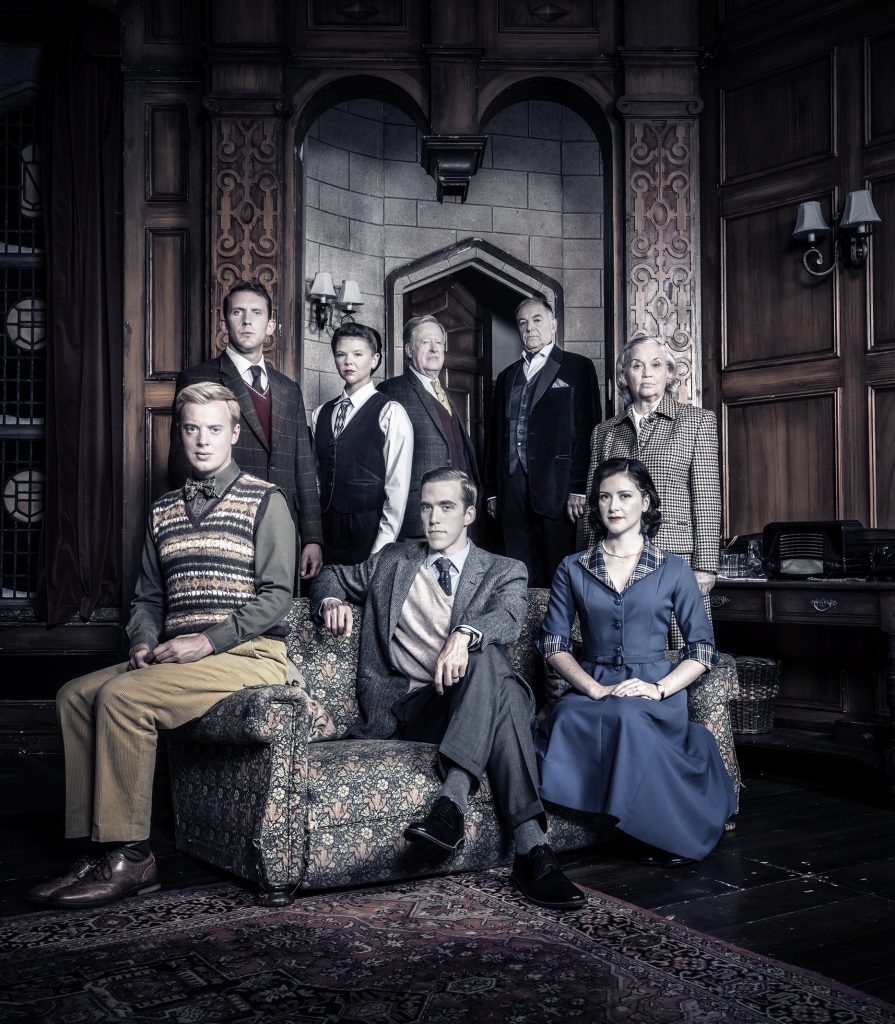 Despite some unfortunate technical issues causing a 45-minute delay to curtain up, Agatha Christie’s illustrious whodunit, The Mousetrap lands in Milton Keynes this week, opening to audiences of keen amateur sleuths. Since its London opening in 1952, the play has been running continuously making it the longest-running West End show by a country mile. As is tradition, the audience is implored not to reveal the secrets of the show by the cast as they take their curtain call. So in keeping with tradition, this will be an entirely spoiler-free review so read on safe in the knowledge that no secrets will be revealed here.

The Mousetrap began life as a short radio play entitled Three Blind Mice before being produced as a short story, on which the play is based. Christie stipulated that the story should not be published as long as it ran as a play in the West End. Additionally, the stringent contract terms of the play state that no film adaptation can be produced until the West End production has been closed for at least six months. So it’s a testament to the play’s enduring popularity that it continues to enjoy life on the both the London stage and as a touring production.

The Mousetrap centres on young married couple Giles and Mollie Ralston, played by the thoroughly charming Nick Biadon and Harriett Hare, who run the newly converted guesthouse Monkswell Manor. As the Ralston’s welcome an eclectic group of guests into their home they are shocked to learn of the recent murder of a woman by the name of Maureen Lyon. With heavy snow falling outside the group find themselves cut off from the outside world, save for local policeman Sergeant Trotter (Geoff Arnold) who has been deployed to the Manor to investigate possible links to the murdered woman. What ensues is a cat and mouse game of wit to determine which of the group (if any) is the killer and who might be an intended victim.

This touring production of The Mousetrap has all the hallmarks of a classic whodunit. The wonderfully realistic stage design successfully transports the audience into mid-twentieth century rural England, complete with wireless, log fire and velvet curtains. The beautifully eclectic characters, dressed in authentic period costume each bring a different dimension to proceedings. Stage and screen stalwart Susan Penhaligon is a joy as the haughty and judgemental Mrs Boyle who rudely criticises her hostess at will and has no qualms with curtly offending her fellow guests. Penhaligon’s acting master class serves to make Mrs Boyle thoroughly unlikable throughout with pretty much no redeeming qualities to the character.

David Alcock puts in an amusing turn as the mysterious unannounced latecomer Mr Paravicini who cleverly riles up most of the characters with his no filter blasé attitude which serves to heighten the panic and distrust that is unfolding amongst the group. Lewis Chandler provides some much needed light relief in the form of the flamboyant, albeit stereotypical Christopher Wren who flounces around the stage as camp as Christmas, much to the horror of the uptight Mrs Boyle. Saskia Vaigncourt-Strallen puts in a solid and believable turn as the secretive Miss Casewell who clearly has something to hide, with Resident Director John Griffiths completing the mix of assorted guests as the well-to-do retired Major Metcalf.

However, it’s Geoff Arnold who is the glue that holds this cast together and is outstanding in his role of Sergeant Trotter who is desperate to uncover the truth and ensure the safety of the residents of Monkswell Manor. Arnold is a fine actor and plays off each character with panache and self-assurance.

The Mousetrap, does at times show it’s age, with some choice lines not so acceptable for a 2019 audience, but for a play that debuted in 1952, that is to be expected. Thankfully the fact that the production sticks so rigidly to the original script doesn’t detract from the quality of the play. This show is ageing like a fine wine and with its blend of Christie’s genius, incredibly talented actors and more twists and turns than a formula one track The Mousetrap will no doubt continue to endure, delighting audiences both old and new.