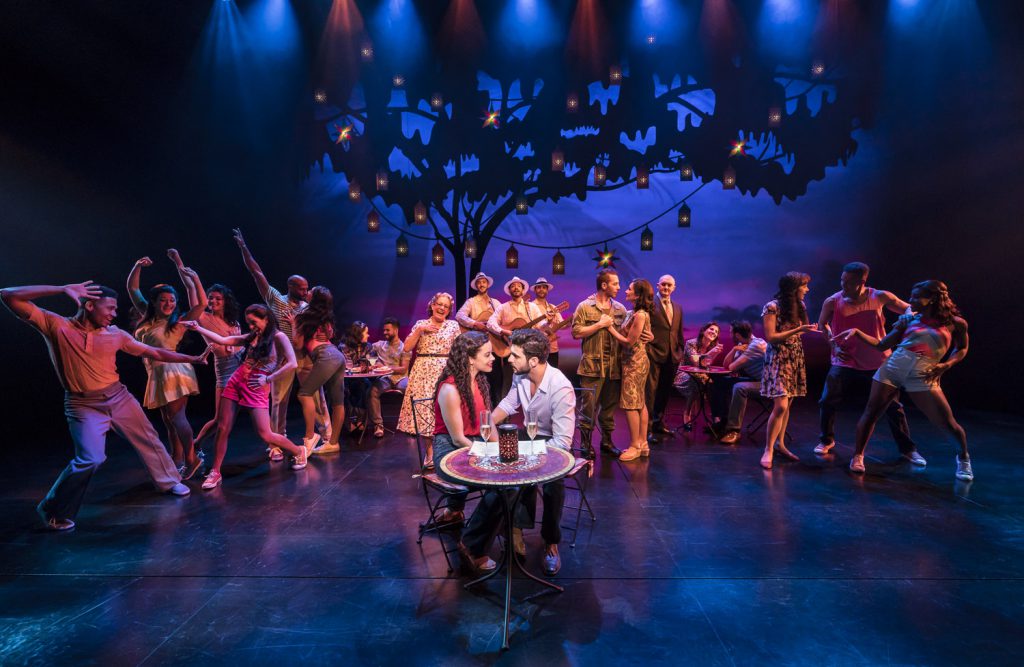 The cast of the UK and Ireland tour of On Your Feet! Photo Credit Pim Hendriksen

We may be fast approaching autumn but On Your Feet! the vibrant, pulsating and toe-tapping biographical musical of Gloria and Emilio Estefan is currently bringing all the heat on its maiden tour of the UK. Fresh from a limited run in the West End the rest of the country is now being treated to the inspiring rags to riches jukebox musical of a girl whose dream it was to sing.

On Your Feet! charts the rise of music legend Gloria Estefan from her humble Miami beginnings as a Cuban immigrant and her relationship with musical collaborator and husband Emilio. The show explores the resistance that the couple met both from their own family and from the notoriously inflexible American music industry who were initially sceptical of their distinctive Latin sounds and their drive to cross over into the mainstream.

The show’s book is written by Alexander Dinelaris who has previous form with jukebox musicals having adapted The Bodyguard for the stage. Under the direction of Jerry Mitchell, the score is built around Gloria’s diverse and iconic back catalogue of Cuban-fusion pop music and features her smash hit singles Get On Your Feet, Conga, 1-2-3 and Rhythm is Gonna Get You. Although Dinelaris has been unable to change the lyrics of the numbers his clever cultivation of the narrative ensures that the songs are placed naturally into the story to aid the flow. So often in jukebox musicals, the numbers are shoehorned in with little or no relevance to the story, luckily that is not the case here.

The show initially premiered on Broadway in 2015 and after enjoying significant success international tours in Germany, Italy, Mexico, Japan and France were announced. The show eventually closed on Broadway in 2017 after 34 previews and 746 regular performances. On Your Feet! opened to great fanfare in the West End in June 2019 at the London Coliseum for a limited engagement from 14 June 2019 to 31 August 2019, prior to its current the tour of the UK and Ireland.

Pure unadulterated pleasure from beginning to end, On Your Feet! Is a high-energy and vivacious production with a cast to die for. Philippa Stefani, fresh from understudying Christine Praces in the West End, takes over the role of Gloria full time on the tour and is nothing short of a revelation. Energetic, effervescent and vocally strong she is a perfect Gloria and does her incredibly proud. It’s no mean feat to take on the role of a legend in a biopic musical; much less someone who has been so hands-on with regards to production but Stefani handles that pressure with incredible poise. She truly makes the role her own and is clearly thoroughly enjoying herself in the process.

Continuing in the role from the West End run, George Ioannides is a suave and charming Emilio. It is crucial for the leads in this musical to have a distinct and believable level of chemistry and that closeness shines through in abundance. They are incredibly well-matched vocally and they embody the legendary couple with authenticity and genuine flair.

Madalena Alberto is a joy as Gloria’s conflicted mother Gloria Fajardo. She is initially resentful and resistant to her daughters drive for success which is thanks largely to her own unrealised ambitions. Gloria’s relationship with her mother is handled incredibly sensitively by both actors throughout the piece. Alberto is a gift in the role and delivers Gloria Fajardo’s character arc with a delicate and nuanced performance that is both poignant and touching.

However, as strong as the principal cast is the night belongs to Karen Mann as Gloria’s vivacious and encouraging grandmother Consuelo. Mann is pure joy in the role and offers a wonderful juxtaposition to Alberto’s resistant and stoic mother rooted in the realism and fear of her daughter’s potential failure. She is the perfect embodiment of a grandmother who has a complete unabashed and unconditional love for her grandchildren and wholeheartedly encourages Gloria to follow her dreams.

Sergio Trujillo’s slick and complex choreography is a feast for the eyes with the incredibly polished ensemble delivering every moment with an incredible level of commitment and conviction. There is no lull in the energy they deliver which is high octane and high tempo. David Rockwell’s scenic design is a touch wobbly at times which is a shame as it does slightly detract from an otherwise highly refined piece of theatre.

For those unfamiliar with Gloria Estefan’s life story, there will be some shocks in terms of the adversity and challenges she faced in her rise to success and indeed at the height of it. She is of the same ilk as the likes of Cher and Tina Turner who also faced significant challenges throughout their careers and whose own stories have been immortalised on stage. On Your Feet! Is fine immortalisation of one of the world’s true music legends. It’s real and a touch gritty at times and doesn’t shy away from the racism that Emilio and Gloria faced as Cuban immigrants as they strived so hard for success.

Gloria Estefan is synonymous with an era of naturally gifted and talented strong women who had to fight their way to the top through sheer grit and determination. In a world where manufactured pop stars and YouTube stars are ten a penny, Gloria Estefan represents a generation of pop superstars who will forever be immortalised through the legacy of their music. So, get on your feet, get yourself down to Birmingham Hippodrome and join the party as this is a toe-tapping two and a half hours of pure joy that everyone needs in their lives right now. 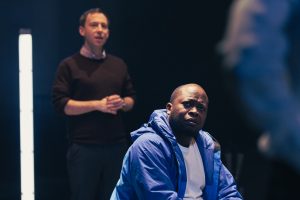 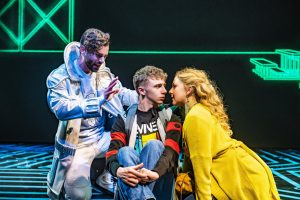